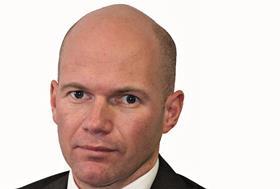 In my early career I was stranded in Glasgow as the West Coast Main Line was blocked. I tried to hire a car but there was only one left and four people wanted it. As we were all roughly heading in the same direction we shared the car. The guy driving didn’t like having the radio on – five hours of small talk with strangers was ‘character building’.

I once received an email on a Sunday evening from a concerned neighbouring occupier telling me that a vacant office suite we were marketing appeared to be being used as the set of an adult movie. Thankfully we weren’t the managing agent but it was still a slightly difficult call to make to the client on the Monday morning.

Choosing to work in Manchester. Working in the city over the past 20 years has been exciting and inspiring in equal measure.

Always be yourself. Our industry is based pretty much entirely on personal relationships and imposters soon get found out.

My dad has always been a big inspiration. He was a true entrepreneur before the word became trendy. He won some and lost some but always kept going.

I have been lucky enough to work with lots of brilliant people. David Partridge at Argent stands out as someone who has total unerring belief in his projects and you can’t help but admire that quality.

How the relationships you make when you first start out grow with you throughout your career. I love that I still do business with people I have known for 20 years.

There remains a lack of diversity in the property industry. Huge progress has been made but we have a long way to go to catch up with other professions.

We need to make sure that as an industry we continue to attract the best talent by ensuring the route to working in property is as navigable as possible. We have a very real skills gap and therefore we need to cast our net wider than we do at the moment.

As an offices man, I look at the recent changes in sectoral demand and love the new expectations and aspirations they bring. There has been a quiet revolution in how space is occupied, how people interact in working environments and the statements they make about their occupiers. This will be exciting to be part of as technology and property speak even more clearly to each other.

I am a huge fan of reimagined buildings – I was at Tate Modern in London recently with my family and while the extension isn’t to everyone’s taste, the turbine hall and the reinvention of the space really appeal to me.

I don’t recall having a specific ambition. I did grow up in a town in Kent called Deal so with a surname like Cheap and coming from there I guess I was always destined to be an agent. 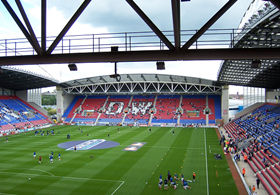 I am a huge football fan and my two boys and I are season-ticket holders at Wigan Athletic. I’m not sure that watching them on a Saturday afternoon truly constitutes relaxation but sharing time with my sons and observing the Latics’ inevitable march back to the Premier League makes me happy.

I love Mediterranean food and especially the relaxed way the Spanish eat with so many different dishes. Long afternoons with good wine, good food, good company and sunshine suit me down to the ground.

Biscuits. One of the first tasks when taking over as head of office in Manchester was to up the quality of biscuit on offer in our meeting rooms.

I run… a lot. I have completed a number of marathons and have a double marathon weekend event planned for the end of March. I am doing it to raise money for well-known Manchester architect Steve Burne’s mission to deliver more facilities at Ronald McDonald House in Manchester, which is a cause close to my heart.