Wales markets - government measures impact in Swansea, Cardiff and beyond

In recent years, there have been scores of cranes on Cardiff’s skyline, delivering swathes of commercial development. Rightacres is the developer behind much of the activity. 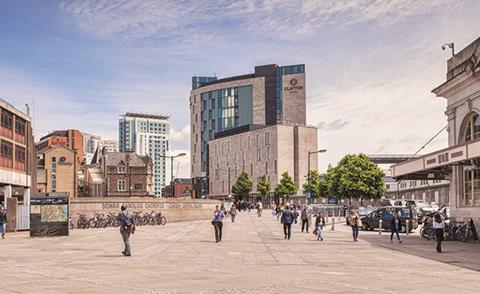 In recent years, there have been scores of cranes on Cardiff’s skyline, delivering swathes of commercial development. Rightacres is the developer behind much of the activity.

Since it secured a headline letting to the BBC in 2015, the firm has set about transforming the landscape around the city’s main station. Two and a half years later and its 1m sq ft Central Square is Wales’ largest regeneration project.

Off the back of the BBC deal, Rightacres speculatively built the 135,000 sq ft One Central Square and is now working on the 148,000 sq ft Two Central Square, which, when finished later this year, will be occupied by Cardiff University and law firm Hugh James. Meanwhile, Rightacres is also preparing for the April handover of the BBC’s £120m HQ and is building the 265,000 sq ft office building, which last year was pre-let to the Government Property Unit (GPU). 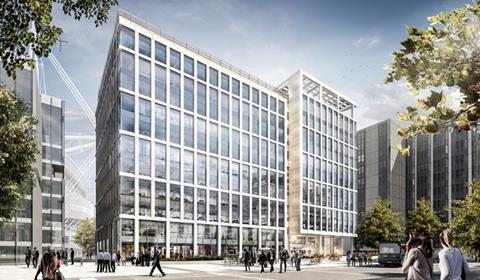 L&G and Rightacres completed the largest ever office leasing deal in Wales with the Government Property Unit signing for a 25-year lease on 265,976 sq ft of office space at Central Square last year

McCarthy and his team are now drawing up plans for the final piece of the Central Square jigsaw, the 400,000 sq ft Interchange building, which is likely to incorporate retail units, offices, apartments and a new bus station.

In addition, to the south of the station on the former Brains Brewery site, Rightacres intends to deliver Central Quay, a 2.5m sq ft mixed-use development. It has submitted a planning application for the first phase of the project, a 220,000 sq ft office building named The Ledger. McCarthy says the building is aimed at the financial services sector and predicts it could be 50% pre-let by the time a planning decision is made in October.

The Ledger will sit alongside a new car park and Moxy Hotel. Cardiff Metropolitan University has also selected Central Quay as the home for its School of Technologies and McCarthy says the university is keen to deliver further space, including 600 student apartments.

Moving up a league

Another Welsh developer, JR Smart, is building its own chunk of commercial space close to the city’s railway station. The first two phases of its 1m sq ft office scheme Capital Quarter have been a success and it is now embarking on phase three comprising two office buildings totalling 167,000 sq ft.

This surge of development activity shows no signs of abating. JR Smart has secured planning permission for 305,000 sq ft of offices at John Street and the Welsh government intends to sell around seven acres of prime development land at Callaghan Square.

“There will be plenty of appetite from those wanting to deliver major mixed-use development,” says Matt Phillips, head of Knight Frank’s Cardiff office. ”There’s a sense Cardiff has moved up a league in terms of interest from occupiers and investors. Limited stock, occupier demand for quality space and two bullish local developers make for a compelling offer.”

Nevertheless, with so much investment and development activity taking place, Cardiff city centre’s office market is going from strength to strength.

Wales markets - government measures impact in Swansea, Cardiff and beyond