Havering aims to become a true 'gateway to the east'

Havering has long flown under the radar and understandably so. While for decades neighbouring districts such as Stratford and Newham have been ripping out the old and building new 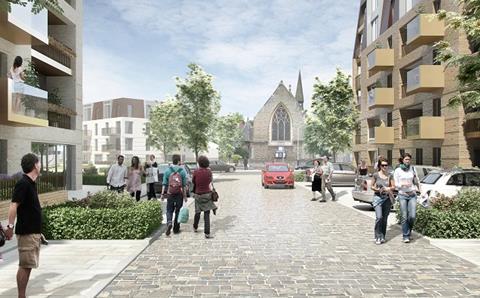 Wates will replace 966 homes with more than 3,000 units across 12 estates in Havering over 12 years

Havering has had little to shout about. Until now. The capital’s most easterly borough might be coming to London’s regeneration party late, but it is determined to make a big entrance.

Over a 12-month period between March 2017 and 2018, Havering announced it would be launching three joint-venture partnerships totalling £3bn that would deliver thousands of new homes, offices, retail and leisure space, and infrastructure.

Neil Stubbings, a consultant and director of regeneration projects for Havering council, says that as one of the only remaining growth areas in the capital, Havering is being looked to as London’s next investment opportunity.

“A combination of the arrival of Crossrail, two designated housing zones – Romford and Rainham/Beam Park – a new station in Beam Park and increased land values has enabled the creation of three joint ventures, which are set to help unlock the borough’s potential,” he says.

The JVs, which will oversee 4,652 new homes built across the borough by 2030, are with Notting Hill Housing to develop 700 homes in the Rainham and Beam Park Housing Zone; with First Base and Savills Investment Management to deliver around 850 homes and associated infrastructure at Bridge Close, Romford; and with Wates Residential to replace 966 homes with more than 3,000 new units across 12 estates throughout Havering over 12 years. 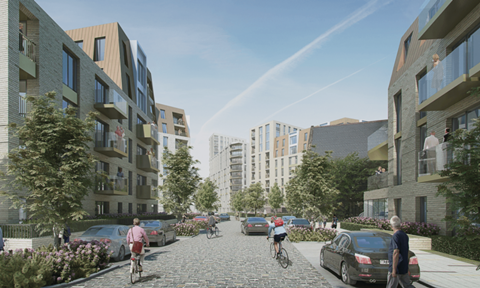 Since March, all three have been formally set up with a development manager working on specific design proposals for each site.

As well as updating its housing stock, Havering is keen to boost its commercial space. The borough lacks the modern grade-A office stock needed to house HQs or the satellite offices of large companies. Today, rents hover around the £20/sq ft mark, but with the arrival of Crossrail there is hope that will change.

In the meantime, new industrial space is being delivered. In the south of the borough, SEGRO is developing 334,000 sq ft of modern industrial space at SEGRO Park Rainham – the first phase of its £180m East Plus regeneration scheme – on which it is partnering with the Greater London Authority. 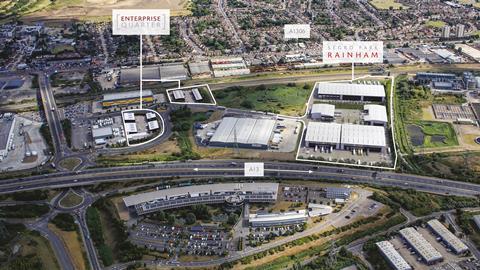 As well as the need for new homes and commercial space, Havering’s plans for regeneration have also been spurred on by its soon-to-be enviable transport links. As of 2019, the borough will boast three Crossrail stations – Romford, Gidea Park and Harold Wood – as well as a new station at Beam Park, operated by c2c, which will better connect the north of the borough to the south.

In addition, Havering council is currently working with Transport for London and the GLA on a feasibility study for a tram or light railway link.

“It would be a much-needed north/south transport route through the borough, and could be a real [catalyst] for good growth opportunity going forward,” says Stubbings, who adds that discussions are also ongoing with river-bus service Thames Clippers for a terminal at Rainham as part of its east London expansion plan.

Havering certainly has grand plans but the council is already facing challenges, having fallen foul of the mayor of London’s office. In May, the 29 ha Beam Park scheme – on a former Ford factory site owned by GLA Land and Property – which straddles Havering and Barking and Dagenham, was called in by the mayor after Havering rejected a planning application by developers Countryside Properties and L&Q.

In January 2006, then mayor of London Boris Johnson announced that Countryside and L&Q were the chosen developers for the new scheme. Plans for the site include 3,000 new homes, primary schools and nurseries, community spaces and the new Beam Park station. Because the site sits between the boroughs of Barking and Dagenham and Havering, the scheme needs both councils’ approval. It got the go-ahead from the former but, in April, Havering rejected the plans.

“The excessive height proposed for one of the buildings is not in line with the environment we want to create and goes against our ambition to keep Havering special,” says council leader Damian White, who has said separately that he is keen for regeneration in the area to be based on “great design influenced by the rich history and heritage of the borough”.

As a result, in May, London’s deputy mayor for planning, regeneration and skills, Jules Pipe, intervened. “Having weighed up the evidence available to me and given its importance, I have decided to call in this application so it can be subjected to further scrutiny,” he said at the time.

And since being called in by the mayor’s office, changes to the masterplan have been proposed that could further alienate Havering council. 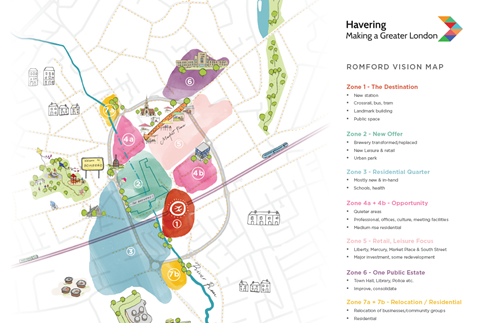 The developers have increased the number of proposed homes on the Havering side of the site by 104 – taking the total number of homes in the borough to 801 – and also made public their ambition to increase the size of a number of tower blocks on the site, including one from nine to 16 storeys.

For now, Havering council will have to wait until a hearing on 28 September to hear the final decision from the mayor of London’s office.

Planning disputes aside, the council is looking to the future. It has begun developing a masterplan for Romford, which is characterised by post-war housing and long  strangled by a decades-old ring-road, and for Rainham, which it plans to unveil at Mipim next year.

“We are also looking at opportunities for development in other parts of the borough, including Harold Hill, Upminster, Cranham and Hornchurch,” says Stubbings.

Havering has marketed itself as London’s “gateway to the east”. Now, as it prepares to show the rest of the capital that it won’t be left behind in the regeneration stakes, it could very well live up to that moniker.