The remaining commercial property loans from Dunfermline Building Society are to be put up for sale in a £350m portfolio in the New Year. 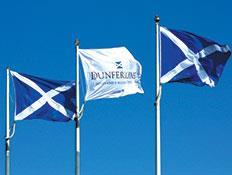 The portfolio, which includes around £350m of commercial property loans backed by 500 properties, will be sold by KPMG.

Dunfermline Building Society was sold to Nationwide in 2009 after it made heavy losses during the financial crisis.

However, Dunfermline’s risky assets, which included about £650m of commercial real estate loans, were hived off and placed in the Building Society Special Administration Process, where they have been managed by administrator KPMG.

The accountancy firm has since been able to gradually reduce the loan book. According to its latest administrator’s report, capital realisations from the commercial loan totalled £255.1m as of 30 January.

KPMG is now looking to bundle up the remaining loans and sell them as a portfolio. It is believed that the recovery in the commercial property market has prompted the move, which would allow it to clear the commercial loan book completely.

It comes as KPMG sold off the remaining residential mortgages from Dunfermline Building Society this week.

On Thursday, it sold a £117.6m portfolio of loans to Arbuthnot Banking Group for £106.3m, representing the end of a five-year work out of Dunfermline’s residential portfolios.

Mike Pink, associate partner at KPMG and joint administrator, said: “We took a decision at the outset of this administration not to dispose of the Society’s assets in a depressed market, instead deciding to preserve the intrinsic value of the loan portfolios through a medium term workout.

“Market conditions appeared right for us to begin marketing these assets earlier this year, which proved correct as we have today concluded a sale that has preserved the intrinsic value of the portfolio, avoiding a ‘fire sale’ and ultimately maximising the return to the Society.”

All parties declined to comment on the commercial loans.