Residential developers have given a cautious welcome to government plans to launch a multi-billion-pound funding package aimed at tackling the housing crisis.

As revealed by Property Week on Monday, the fund, which will be administered through the Homes and Communities Agency (HCA), will offer loans to developers across the residential sector, including the PRS, and will be aimed primarily at SMEs and developers using modular construction.

The government is currently mulling whether to launch a fresh fund or enlarge the £3bn Home Building Fund announced by then chancellor George Osborne in the Budget in March and confirmed in the Queen’s Speech.

In May, the government said it would launch the Home Building Fund “shortly”, but it has been delayed by the changing of the guard at 10 Downing Street.

Property Week understands the government has discussed topping up the Home Building Fund – which is intended to support the construction of between 160,000 and 200,000 homes – to £5bn.

However, that is not the only option on the table.

“It’s all up for grabs; there’s no certainty,” said a source close to the situation. He confirmed the fund would include “new money” not yet pledged by the government, adding that it would be a “chunky sum”.

The source said the money would also be used to support the assembly of complex sites around the country and give financial guarantees to developers worried about the risks of delivering big schemes.

The aim was to boost the numbers of homes of all tenure types, including starter homes, intermediate rent and market rent, the source added.

The full details of the new housing package are likely to be announced in the Autumn Statement.

The Department for Communities and Local Government said: “We have already committed to a fund and further details will be announced in due course.” 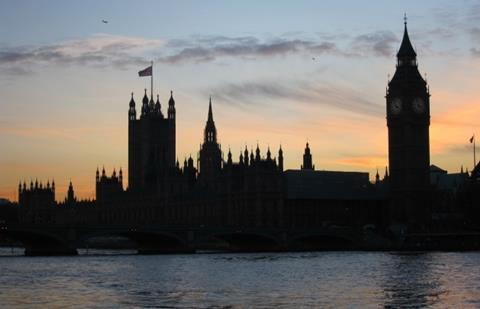 The HCA has met with SMEs in the past few months to discuss the ways it can best help them to secure funding.

Small housebuilders are currently struggling to raise finance for development on good terms from the mainstream high-street banks and are instead turning to challenger banks in order to fund their schemes.

Jonathan Vandermolen, director of IMA Real Estate, welcomed the news of more funding. “Any money is decent because it’s so hard to borrow,” he said. “Unless you have a very strong covenant, what [the banks] want is so taxing that it’s not worth the effort.”

However, while Troy Homes chief executive Richard Werth approved of the move in principle, he said that after meeting HCA officials, he was concerned that the government would “put the same obstacles in the way as the banks” to securing loans – including requiring developers to stump up a lot of their own equity up front.

“The HCA said it will be more flexible, but it needs to lend on ‘commercial terms’. So it depends whether a developer has enough equity, and that’s the pressure,” he said.

The government should have instead helped the banks lend on better terms, he added. “I would have preferred the government to say to the banks: ‘We will provide a guarantee of 10% of funds lent, so rather than lending 65 you can lend 75%.’”

HBF working with he HCA

A Home Builders Federation (HBF) spokesman confirmed that it had been working with the HCA to thrash out the details of the new scheme.

While large housebuilders would not be excluded from the funding scheme, they were less likely to need significant government backing, he added.

The fund marks a shift in government attitude to development. “The government is now willing to take on more financial risk to tackle the housing crisis than ever,” said a source close to the situation.

Large housebuilders have stepped away from land acquisitions in the wake of the Brexit vote and hesitated to take on fresh projects, throwing the need for alternative sources of housing into sharp relief.

The government has become increasingly alert to the need to diversify supply over recent months.

Off-site construction has moved to the top of the government’s agenda alongside PRS since the EU referendum, as ministers have sought ways to address the ever-widening gap between housing supply and demand.

Property Week revealed last week that ministers were gearing up to use modular construction to tackle the housing crisis.