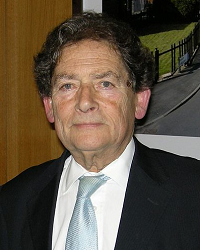 Lawson, who served as chancellor under Margaret Thatcher, will feature in a special session in conversation with Steve Norris, transport minister in John Major’s government and the chair of Soho Estates and BNP Paribas Real Estate.

The two will discuss the implications of Brexit for the UK – and the threats and opportunities for the residential market and the wider economy.

Celebrating its 10th anniversary at the Celtic Manor resort near Newport, Wales, RESI 2016 will look ahead to the challenges and opportunities over the next year, with big names debating the key issues facing the sector.

Following the success of British athletes in Rio, swimmer Mark Foster will join us for our editor’s drinks and welcome dinner on the opening night (Monday 12 September), before the discussion begins in earnest on Tuesday.

BBC home editor Mark Easton will host the Tuesday sessions, which include a keynote speech from Barwell, who will shape the government’s housing policy over the coming months, as well as discussions on offsite construction, proptech and build to rent.

Wednesday will include a session on residential development funding, chaired by Richard Blakeway, former housing adviser to David Cameron, and the conference will round up around lunchtime after another keynote address.

SEE THE PROGRAMME IN FULL AND BOOK YOUR PLACE HERE