London authorities sitting on £1.29bn of CIL and S106 cash

London’s local planning authorities are sitting on at least £1.29bn in unspent developer contributions, a Property Week investigation has revealed. 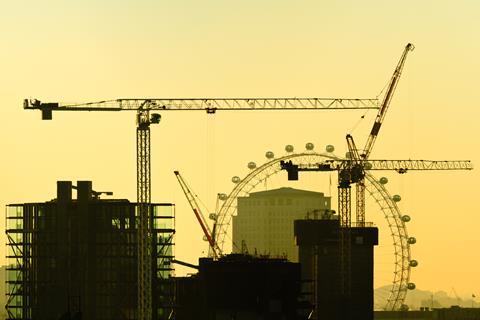 Property Week analysed the infrastructure funding statements (IFS) of every local planning authority in London that has published details of the developer contributions received and spent up until the financial year ending 30 March 2020.

The findings echo a 2019 Property Week investigation, which found that at least £2.5bn – or 63% – of the money English councils had been paid by developers had not been spent.

The current figure for London could be higher still, as seven planning authorities – the boroughs of Lewisham, Ealing, Enfield, Kingston and Newham, plus the City of London Corporation and Old Oak and Park Royal Development Corporation – have yet to publish an IFS, despite being required to do by law by the end of last year.

Around a third of those that did publish an IFS provided data that was incomplete.

In 2019, legislation was introduced requiring planning authorities to publish an IFS by the end of last year, detailing how much they had collected in CIL and S106 payments for the financial year 2019/2020.

Last month, Property Week revealed that 71 out of 352 English local planning authorities had still failed to publish an IFS as of 18 February.

Nicola Gooch, planning partner at Irwin Mitchell, said the London authorities’ failure to spend the £1.29bn showed CIL is not achieving what it was intended to achieve.

She added: “They have not spent it; they should spend it – it is there to be spent. The intention is that it goes on infrastructure delivery.”

A spokesperson for the Local Government Association said: “Councils want to see money from Section 106 agreements and CIL spent on delivering the infrastructure and services that communities need. But this can be a complex process and can take time, with the objective of making the right long-term investment decisions.”