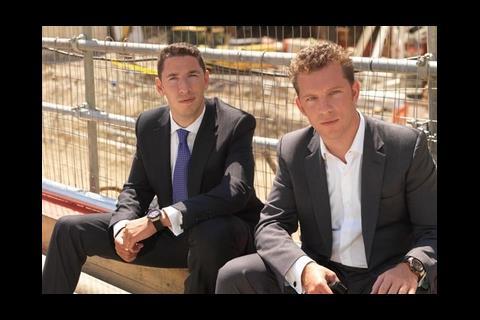 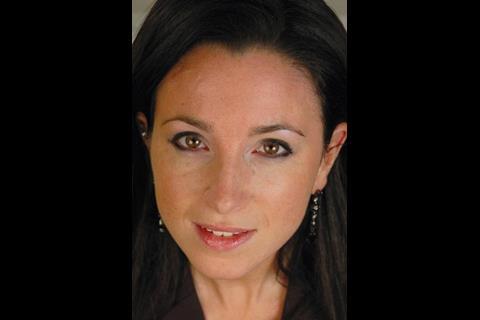 We asked you to tell us, and over the last six weeks, more than 1,000 votes were cast via text and web poll.

The results show the new names across all areas of property – aged 35 and under – who will dominate tomorrow’s headlines.

And to recognise those waiting in the wings, a complete list of all the nominees who received votes but did not make it into the Hot 100 appears on the list attached to this article.

It all started a decade ago with a £6,000 loan from their grandmother, which was used as the deposit on their first property. Now, Candy & Candy brothers Nick, 34, and Christian, 33, have created the world’s most exclusive property brand. They create lavish interiors to woo the super-rich, who are prepared to pay £20m for a London flat at One Hyde Park. Their funders are equally flush. The Qatari foreign minister is a partner on the £600m redevelopment of the former Chelsea Barracks, and Icelandic bank Kaupthing funded the £255m purchase of a large site in Beverly Hills earlier this year. Candy-designed private jets and super-yachts are also on their way. Christian shuns the limelight to focus on running the company behind the brand, while Nick is the public persona who masterminds sales and marketing. Their desks face each other at their Brompton Road headquarters, where staff refer to them as ‘the twins’. They plan to open offices in New York, Hong Kong, Tokyo and Shanghai next year, and have projects in Monaco and Moscow.

When 35-year-old Unite Group chief executive Mark Allan started as an accountant at KPMG in 1991, he knew the role was not for him. He wanted to be a principal rather than an adviser. His last client at the company was student accommodation group Unite, which he then joined in 1994 on the corporate finance side. Since then, Unite has grown from owning 1,000 to 40,000 rooms and, as chief financial officer from 2003 and chief executive from 2006, Allan has played a pivotal role in its growth.

Lee Richardson, 35, is a director at Richardsons Capital alongside older brother Martyn and younger brother Carl (ranked 15th). He has gradually taken over the reins at Richardsons from father Roy and his late uncle Don. Lee, who joined the business aged 16 when it was developing Merry Hill shopping centre in Dudley, is the dealmaker who has taken the company from being a Black Country developer into an international property force.

Daniel Van Gelder, 34, set up Exemplar Properties with fellow Development Securities director Clive Bush in 2003. After clinching an enviable joint venture deal with MSREF in January to develop the Omega Portfolio, their UK projects have an estimated completion value of £2.5bn. Gadget-mad Van Gelder has spent a small fortune fitting out the company’s offices off Oxford Street. His love of skiing and socialising are combined in ExemplarSki, the firm’s biannual outing to the French Alps.

Stephen Beetham, the 32-year-old managing director of the Beetham Organization, has redefined high-rise living. Success in London has proved harder to grasp, however, than in his native Liverpool. Beetham and his father, chairman Hugh Frost, have fought a long planning battle for One Blackfriars Road, a 52-storey tower featuring a luxury Jumeirah hotel on London’s South Bank. The company’s first large commercial office scheme, Trinity, promises 1m sq ft in London’s Aldgate.

Miltos Kambourides, 34, founded Dolphin Capital Investors in 2004. Today, it is the largest property company listed on AIM with ambitions to become a ‘billion-dollar’ outfit under Kambourides. It focuses on developing leisure resorts in the southern Mediterranean, where Kambourides spends ‘as much time as possible’ with his family on their boat. He joined Goldman Sachs in 1997 and worked in the team that created Trillium. He left two years later to join Soros Real Estate Partners, where he set up outsourcing company Mapeley.

Voted Property Newcomer of the Year at the 2007 Property Awards, Reuben Jnr has emerged from under the shadows of his billionaire father David Reuben Snr and uncle Simon Reuben, through the launch of River Investment Group in 2004. Since then he has been a driving force behind purchases and sales totalling €3bn, among them a 34-strong C&A department store portfolio bought for €400m.

Simon McCabe, 30, has inherited a love of football and property from his father, Teesland tycoon Kevin McCabe. After Valad bought Teesland and Scarborough Development Group for £865m in June, McCabe turned his attention to three companies left out of the deal. He is a director of Scarborough Property Company, SDG Property Holdings and SDG Caledonia, which jointly boast £500m of assets. He is also a director of two property investment vehicles, Quoin Property and Quantum, and of Sheffield United FC, the club his father chairs.

Ivanka Trump, 26, daughter of Donald Trump, joined the Trump Organization in 2005 as a member of the development team. She received her bachelor’s degree in real estate from the Wharton School of Finance at the University of Pennsylvania. Trump featured as an adviser on her father’s NBC show, The Apprentice, and has this year launched a jewellery business with her own diamond range and boutique.

When Fergus Horrobin, 34, left his role as head of real estate at UBS in Sydney earlier this year, the Sydney Morning Herald said he had ‘gone to teach the Europeans about property’. He joined UBS in 1995 when the listed Australian property sector had a market cap of A$8bn. Today it is worth A$80bn and Horrobin’s team underwrote 60% of that growth.

At 31 Sinclair is the youngest woman to run a London Stock Exchange-listed company. She is co-founder of Mission Capital, a growing real estate vehicle, which raised £3m when it was listed on AIM in December 2005. After six years as an investment banker with NM Rothschild, Sinclair started Mission Capital with her father, Neil. The company has completed five transactions to date, including the purchase of a £36m portfolio from CB Richard Ellis Investors’ Strategic Partners UK Fund 1.

Despite being embroiled in a court case with former employer Frontier Estates, Abstract Land director James Howarth, 35, remains highly regarded by his Birmingham peers. Colmore Plaza, which he developed and then sold to Carlyle Group for £154m in one of the deals of last year, has given the city renewed confidence.

Italian restaurant chain Prezzo’s chief executive, Jonathan Kaye, 28, is the next generation of the Kaye restaurant dynasty, which founded Ask and Garfunkels. He set up the chain in 2000, floated it on AIM in 2002, and now has 105 restaurants.

The 35-year-old co-founder of opportunity fund Brockton Capital, Jason Blank met his business partner David Marks at the Massachusetts Institute of Technology in the late 1990s. Blank spent five years with Merrill Lynch in Tokyo and Hong Kong, and visited London several times in 2004 when buying a portfolio from a London-based Asian investor. ‘I hooked up with David, and that’s when the plans for Brockton were hatched,’ he says. In 2006, they raised £150m of equity, and this year won the Up and Coming Firm gong at the Property Awards.

Carl Richardson, 33, joined his brother, Lee (ranked 3rd), to run the family business just over seven years ago, having studied in France and the US and worked for HSBC in Hong Kong and the Middle East. It is no coincidence that since he has joined, the company has gained an international flavour. It trades in eight countries across Europe and recently pushed into Canada.

Guy Wilson, 34, has had a reputation as a dealmaker since he became a partner at investor-developer Catalyst Capital in 2001.

The former Richard Ellis graduate trainee counts his £112m purchase of the ITN headquarters on Grays Inn Road in London’s Midtown, which he then sold 15 months later to US group Beacon Capital Partners, as one of his best deals. When away from work, he enjoys shooting, skiing and restoring his country house.

Jacob Lyons, the 31-year-old founder of Augusta Capital, comes from an investment banking background, having spent seven years working for Rothschild in London and Paris. Augusta, the private equity arm of David Reuben Jnr’s River Investment Group, of which Lyons is also a director, launched an unsolicited takeover bid for housebuilder McCarthy & Stone last year, taking it private in August for £1.1bn. Lyons has also executed £500m of other investments since the group was founded.

Not many 34-year-olds can say their company is responsible for raising 6% of Georgia’s entire foreign direct investment. But this is what David Peill of Argo Saint George has achieved this year. The investment company he co-founded with partner Daniel Geoghegan opened an office in Tbilisi last month, and is advising on a string of residential and commercial developments.

A fund launch is set for 2008. Peill is happiest when shooting or skiing and has even bought a site in Switzerland to develop a scheme of ‘ski-in, ski-out’ apartments.

Morgan Stanley head of UK investing Toby Phelps, 34, joined the company in 2004 following a 10-year career with Jones Lang LaSalle where he worked in the national investment team and then in the corporate finance team. He puts his success down to ‘finding a career I really enjoy and working with some great people who I have fun with’.

River Investment Group co-founder Stephen Benson, 34, made the headlines in 2004 when he teamed up with David Reuben Jnr and Jacob Lyons to form River. The former Lambert Smith Hampton, Knight Frank and CB Richard Ellis investment agent is responsible for River’s purchases in Germany, one of 10 countries that Benson has operated in.

Last month Pat Gunne, 35, stepped down as managing director of CB Richard Ellis in Dublin to focus on doing ‘big deals with big clients’ in the investment team. He took the helm at the company – then Gunne Commercial – in 1997 after the death of his father, and says three young children occupy most of his time outside work.

Three months after graduating from law school, Alizadeh, 27, had a mad idea about setting up a business. Despite coming from a family of property lawyers, he started Enstar Capital with partner Simon Lyons. The success of Enstar’s German Retail Fund has paved the way for launching a private fund in Turkey.

After spending three years at investment firm Franc Warwick and two at Apollo Real Estate Advisors, Noé, 28, joined his father Leo’s company REIT Asset Management last summer as head of Reit Europe and immediately got to work on its growth and expansion across Europe. Among his main duties, Noé liaises with Reit’s offices in Germany, Israel and India.

Paul Forshaw, 32, vice-president in real estate advisory and investment banking at Kaupthing Singer & Friedlander, is working on five deals for the bank to invest its equity in China, India, the UK and Beverly Hills in lot sizes from £10m to £15m. He joined in April from CB Richard Ellis’s development and funding team.

Dan Smith, 29, is vice-president, UK and Ireland, at Eurohypo. If he had not gone into property to crack £1bn deals like Eurohypo’s funding of the Candy brothers’ One Hyde Park, he would probably have been a chef or a golfer. Before joining Eurohypo in 2003, he worked in the corporate finance team at Land Securities Trillium. Smith has 10 years’ experience in commercial real estate and a first class honours degree in real estate investment and finance from the University of Reading.