Land Securities and Canary Wharf Group’s Walkie Talkie has been named the worst building of the year. 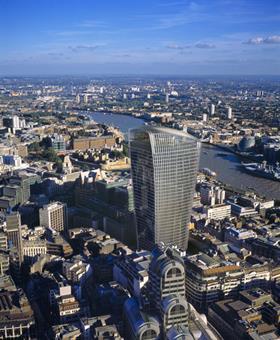 The building at 20 Fenchurch Street in the City of London, designed by architect Rafael Vinoly, won the 2015 Carbuncle Cup awarded by Building Design magazine.

The City skyscraper, which has a “bulbous” design and gets larger towards the top, won in a unanimous vote and was the most nominated building for the prize.

The Walkie Talkie has suffered from a number of design flaws and was nicknamed the “Walkie Scorchie” after its façade focused the sun’s rays on the street below melting parts of parked cars.

It has also concentrated gusts of wind around its base, reportedly bowling over pedestrians.