Two very granular Irish loan portfolios from Permanent TSB with a face value of about €1.5bn (£1.2bn) are going to first-round bids next week. 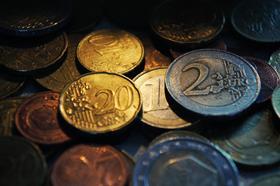 Investors have been asked to submit bids by the end of the week for the portfolios, which are called Munster and Leinster. The loans are secured against 1,600 properties, only about 20% or less of which are commercial, with the majority being residential and outside Dublin. The Leinster pool contains loans with a face value of about €1bn and Munster is about €500m.

They are expected to trade at a substantial discount to face value of more than 50%, with a price for both likely to be around €500-€600m.

Separate bids have been invited for Munster and Leinster, but they are expected to be sold to a single bidder. With the weight of money from US private equity firms chasing loan sales, sellers have found that there is a premium attached to larger portfolios.

Morgan Stanley was appointed last year to sell the portfolios.

Permanent TSB failed the European Central bank’s stress tests in October, which found a €854.8m hole in its reserves.