Why localism has exacerbated the housing crisis in Britain

Localism is an expression of the democratic ideal and we Brits value democracy. But is localism delivering the benefits to the public that were hoped? I doubt it. So what’s the problem and what needs changing? 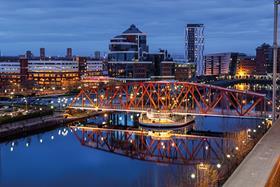 Salford Quays: with the advent of the northern powerhouse, ‘local’ areas could encompass as many as five million people

Three strands of thought lay behind the Localism Act. The first was sincere but naive. Westminster policymakers know that in many cases ‘empowerment’ encourages new ideas and dynamism. So the coalition hoped that local authorities, no longer forced to march to superior orders from regional and central government, would proactively identify more land, not less, for development. This was naive given the embedded, knee-jerk hostility to development shown by most residents and the proven power of Nimby lobbies to affect their councils.

The second, more cynical strand, was that promoting localism would win votes.

The third and most sophisticated strand was set out in the National Policy Planning Framework (NPPF), with which by law, the Localism Act must be read. Where the Localism Act took away the direct imposition of numbers from above, the NPPF potentially increased that pressure. It imposed duties on each local authority to carefully examine its need for housing and employment land and to find sufficient land to meet such needs unless there were overwhelming constraints to prevent the need being met.

The NPPF also recognised that each local authority’s boundaries are not marked by barbed wire or the termination of roads, railways and footpaths. A district is not an island or a sovereign state. Its residents benefit from and must contribute to the wider local area. So where land supply in some local authorities is genuinely too constrained to meet its needs, the NPPF introduced the “duty to co-operate”.

A brilliant idea conceptually, but not so good in practice. The idea was that where distances between one local authority and another were small and they were in the same housing market area and one had outgrown its developable land and the other had not, the latter would meet some of the growth needs of the former as well as its own. Bingo!

The problem is that local councillors have been understandably reluctant to take their neighbours’ development burden. That’s hardly a surprise when they had already seized the opportunity apparently offered by localism to drop the target numbers which had hitherto been imposed through the five-yearly regional examinations in public. So without a big stick imposed from outside the duty to co-operate has failed and localism has produced less housing not more. Many local plans are running far behind and inspectors are caught between approving an unsatisfactory local plan or making a reluctant local authority reconsider it. Some local authorities prefer losing appeals where they do not have an up-to-date local plan and cannot demonstrate the required five-year land supply, as the local councillors can then blame the Planning Inspectorate rather than taking responsibility themselves.

I blame the lack of support for development jointly on developers, planners, architects and politicians. Over 50 years we have allowed developments each, generally, with one dominating use and little true public realm, offering limited addition to local amenities and services.

At the same time as roads, schools and doctor’s surgeries have become more overcrowded, we have built very few attractively designed, mixed-use developments that offer an improved lifestyle to new residents and existing residents alike. So, it is no surprise local residents frequently oppose significant development in their patch.

Sadly, the results of the opposition are disastrous for society as a whole - even if many protest groups have the satisfaction of fending off development in their backyard and many local councillors and MPs are perceived to be doing the right thing by supporting local action groups. The damage caused by this approach creates a vicious cycle between constrained supply and disappointing development. 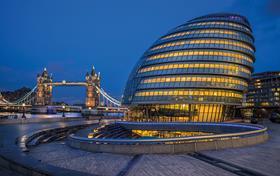 City Hall, London: cities in the north of the UK are looking to gain the same level of power as the capital has

Opposing large schemes leads to the allocation of more smaller sites impacting on many more existing residents across a wide range of existing towns and villages - a system of spreading the pain. Too few consents leads to constrained land supply and house prices growing ever further out of the reach of ordinary people, especially those under 40, as well as extraordinary land prices being paid to farmers.

What’s more, too few consents and too high a land price leaves the housebuilder short of money to spend on design, construction and landscaping, but still in a strong position to sell houses, because of the imbalanced supply-and-demand equation. And as a result of all this, most new housing is located in dormitory estates too far from essential services, so the developments inevitably rely on cars and are unsustainable.

So how can we harness local knowledge and enthusiasm to encourage an increase in quality and quantity, more thoughtful positioning and a massive increase in ancillary benefits? After all, such changes might even start a virtuous circle in which voters believe that development is sometimes good and would support it in the right circumstances. To answer this question we need first to consider what ‘local’ is really meant to mean.

The parliamentary draftsmen made no attempt to define it despite the Localism Act being several hundred pages long - probably a deliberate oversight as it would prompt too many questions. Is it ‘just round the corner’, the parish, the local district or borough, the county or the area contained in the Local Enterprise Partnership (LEP)? These different local areas contain populations of 200 to two million people and with the advent of the chancellor’s northern powerhouse, we could be talking about five million people.

Let’s start at the truly local end of the spectrum. Many public-spirited people have put considerable effort into neighbourhood plans, often for parishes so small they have at most one primary school or shop. They have tried to identify a small number of extra houses that do not destroy the character of their setting and may help to justify a school or shop or bus stop. This should be encouraged and district councils should be more circumspect than they have been about disregarding proposals in neighbourhood plans. More professional expertise should be made available so that engaged citizens working on neighbourhood plans can better assess what is deliverable and some of the land value created should be spent on truly local amenities via Section 106/Community Infrastructure Levy developer contributions.

At the regional level there is clearly need for organisational change to ensure the right housing and employment levels are set as soon as possible, drawing on the right range of expertise. The LEP represents an appropriate and accountable organisation to take over planning powers and prepare a strategic plan for the LEP area. The LEP already combines politicians and representatives from the business community. If strategic planning expertise were added it would be possible to prepare an LEP strategic plan, sensitive to local issues, and have this examined in the format of the old-style Structure Plan Examination In Public every five years.

One further idea harks back to the Surrey Structure Plan days and may give comfort to planning authorities that wish to allocate large strategic sites to meet housing requirements, but are concerned that such proposals take time to deliver thereby giving opportunities to housebuilders seeking to release additional sites through the five-year housing supply in the meantime. The structure plan identified a large strategic site in Runnymede borough for release to meet housing requirements, but the site was put outside the housing requirement upon which the five-year supply was calculated .

This approach should be taken with emerging new settlement proposals in order that authorities are not threatened with losing further sites on appeal while the new settlement is assembled. New settlements can transform supply for the 20-year period of the plan but do less for the first five years.