The green belt must be used to help tackle housing shortage

As the general election approaches, attention is focusing on whether a new government will be prepared to tackle the housing shortage. 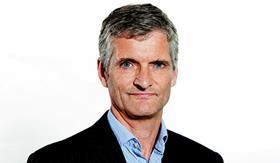 The general consensus is that between 200,000-250,000 new homes per year are required, but delivery rates are falling well short of this figure. The system is not working.

There is no simple solution, but one way of increasing land supply is to consider parts of the country that are not protected by reason of landscape value, but are nevertheless located close to urban areas.

Green belts first achieved legal status in the Green Belt (London and Home Counties) Act 1938 and the first Green Belt Circular came out in August 1955. Today, the green belt covers approximately 13% of the land mass of England and it can be assumed that the majority is undeveloped.

It is common to conflate the concept of the green belt with idyllic green countryside. In reality, much is degraded urban fringe and shrubland. The five stated purposes of the green belt (now enshrined within the NPPF and more recent Planning Practice Guidance) do not include the preservation of attractive countryside, although it is acknowledged that once defined, local planning authorities should plan positively to retain and enhance the landscape.

According to a recent Centre for Cities report, there are 59,600 hectares of green belt within a 25-minute walk of a train station in the least affordable cities. If 60% of this land were developed at low density, green belt land could supply 1.4 million homes, yet leave 95% of the green belt untouched.

The government has indicated that unmet housing need is unlikely to outweigh harm to the green belt and that strategic housing land availability assessments must take account of constraints such as green belts. Encroachment on the green belt is, however, already happening to some extent.

While there may be other potential resources to meet the housing need, any rational solution will need to involve a contribution from the 1,639,090 hectares of existing green belt.

Whichever party finds itself in power in May is going to have to grapple with delivery of housing. Use of the green belt is one (but not the only) option open to them - just don’t expect this to feature prominently in any party’s manifesto.

Stephen Turnbull is a partner at Wragge Lawrence Graham & Co