Could cryptocurrency popularity show us the future of property investment?

It’s been a rollercoaster time for property. 2020 started with the ‘Boris Bounce’ in house prices, before the pandemic brought the biggest economic decline since the Great Frost of 1709. 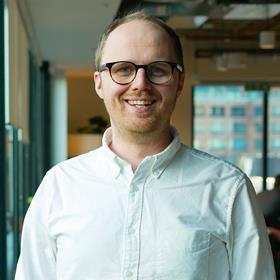 Some predicted house prices could fall by as much as 20%. Instead, mortgage approvals reached a 13-year high and prices skyrocketed.

So there were a lot of ups and downs. But it was nothing compared with cryptocurrencies.

Cryptocurrencies started on 3rd January 2009, when Bitcoin was first released.

Some of the smaller currencies (like the slightly-jokey Dogecoin) grew over 11,000%

The problem with crypto? The massive volatility.

For the most part they have no intrinsic value, and instead are essentially worth what people are willing to pay for them.

And by the time this post goes live, it’s impossible to say where the price will be.

People have money to invest. But they want to be prudent with it.

A year of lockdown saw many people saving a lot of money. No commute, fewer social events or occasions to get dressed up etc.

But research has shown that many people want to be prudent with this money, rather than on frivolous spending, or risky investing. We’re still in a time of uncertainty, and many people want stability and security.

But, interest rates are incredibly low (and there’s still the prospect of negative interest rates). People want security, but they also want a return.

Well, it could be that old reliable asset – bricks and mortar.

Peer-to-peer funding in property – a stable return on investment?

Cryptocurrencies may have taken armchair investing mainstream, but there are plenty of other ways to harness that capital and enthusiasm – including property investing.

In fact, peer-to-peer lending in the property industry has been on the increase for a while (even before the most recent cryptocurrency headlines).

Of course, property is still an investment, meaning there’s still some risk. You need to do your due diligence and research. But the right platforms help with a lot of that (and it certainly feels less risky for many people than cryptocurrencies).

And as we see further consolidation within the market, including P2P lenders and traditional banking moving closer together (such as MetroBank acquiring P2P lender RateSetter) we could see it move even further into the ‘norm’.

Alternative finance in Property – the webinar

You can see the full discussion as an on-demand video, including:

Watch the full webinar with the on-demand link here:

By Oliver Symons, Head of LandFund

Oliver Symons is Head of LandFund, responsible for leading the research and development of the next LandTech product focussing on development finance. He has over a decade of experience in the property industry and joined LandTech in early 2018.