Property Week and Freeths assembled a panel of industry experts to discuss the digitisation of transactions and contracts and whether one day it will be possible to complete a deal in 10 minutes.

Everything is getting faster. With technology at the heart of the digital revolution over the past 20 years, the desire for wanting things done quickly has turned into expectation. The speed of property transactions isn’t keeping up.

”To start our debate, one of our panellists produced an article from a well-known tabloid stating the ‘the normal conveyancing timeline is said to be 12 weeks, we are at 10 weeks and counting… we’ll see how long it takes’. Are things changing for property deals?”

The technology already exists to transact property deals in 10 minutes, so why does the process still take months? Where are the main areas of friction? 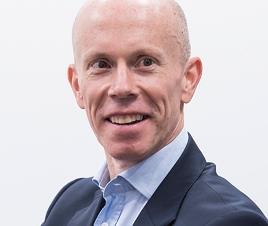 Darren Williamson: ”Everything is getting faster [but] speed of property transactions isn’t keeping up”

Darren Williamson: If you asked property professionals about their biggest frustrations with property transactions they would probably say planning, tax, construction costs and then transaction speed. There are four things that broadly stop deals progressing: due diligence, transactional documentation, logistical issues and then there is the quirky one, which is people and politics. For me, those are the four things that need attacking. I don’t think the people element can probably be attacked that much, but the rest of those areas can – and that’s down to proptech, that’s down to insurance, that’s down to organisations like the ULI, the BPF and the IPF actually pushing the agenda and saying: ‘why is this taking so long?’ 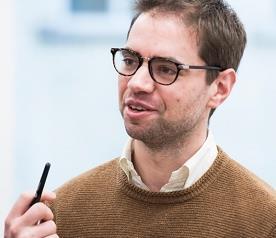 Edmond Boulle: “a key part of the story is the centralisation and digitisation of property information”

Edmond Boulle: I think a key part of the story is the centralisation and digitisation of property information. If you take the example of a property developer who is looking at a pipeline of opportunities, what they really want at the get-go is a simple view of what the constraints might be. But you can’t ask for the headlines without doing the investigative journalism, so it is an understandable thing to want but a very difficult ask. There are initiatives such as the digital register from the Land Registry that are making headway in that space, but I think there needs to be a layer of technology that sits on top and can digest some of that information for a specific use case.

Vanessa Hale: Out of those four areas Darren has highlighted where things can change, I think people is the big one. The reason I say that is people drive getting rid of friction and you can see that with the growth of every single form of technology. I also think that conveyancing in the residential space will be the driver that will push change in the commercial space.

Which companies and organisations are driving the digitisation of transactions and legal contracts in the property sector?

Alex Wrottesley: At Geovation [an accelerator programme Ordnance Survey launched in association with the Land Registry] we just took on four proptech companies in October and we’ll take on another three or four in March, and they’re all looking to do the same thing: reduce friction. They’re trying to find small parts of the ecosystem where they can fix a small thing and drive from that position into other areas. 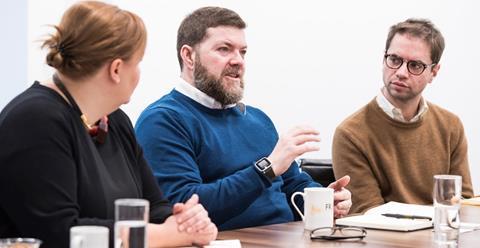 Alex Wrottesley (centre): “it’s the big agencies who are trying to drive efficiencies in their business”

Lianne Bayne: An insurer called CLS has developed a product called DDA – ‘Due Diligence Assistance’.  You enter a title number and the system generates a report noting the defects in the title.  It only takes around four minutes for the report to be in your inbox and it contains insurable options on certain risks.  This is mainly used on portfolio cases.

How big a role is collaboration going to play in terms of developing some of the tools and products we need to reduce friction points and who needs to drive this effort?

VH: I think right now there are lots and lots of breadcrumbs all over the place and there’s no one attempting to kind of be the chef and make the stuffing. We need to work together to fundamentally deliver something that connects all the pieces because I think what’s happening at the moment is there are lots of start-ups that are in small spaces and doing one thing and they’re doing it very well, but they don’t have that runway or the cashflow to be able to do every single bit. So I think you need the private sector to say: ‘this is what we need, this is what we want’ and then the public sector can help to facilitate it.

AW: We’ve had organisations such as Grosvenor Estates and Transport for London’s commercial team come and talk to us about their problems and then we’ve tried to directly address the things they’re trying to accomplish, because ultimately it’s the bigger organisations that have the problems. It’s the developers, it’s the major landowners, it’s the big agencies who are trying to drive efficiencies in their business. They want to do it better. They want to serve their customers better and technology companies can hopefully fix bits of it.

EB: The stakeholders we’ve not really mentioned so far that are going to be really important if we are going to create fully digitised immediate transactions is the lenders, because at some point they’re going to have to rely on something other than the old way of doing things.

Moving back to the central question, will the digitisation of processes one day mean it is possible to complete a property transaction in 10 minutes? 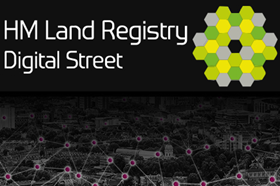 DW: We’ve seen massive progress with what the Land Registry has done with Digital Street for digital mortgages and we’ve seen interesting developments in the legal world from the point of view of digital signing, with the recent ruling that an email agreement on a land deal was legally binding. But I guess this is low hanging fruit in a lot of ways because if you go back to those four things that I mentioned at the very beginning, there is still resistance to change in some of these areas.

JB: One way to speed up the process would be to have a standard lease. You could then get the property owner to take on all of the risks that fall outside of that standard lease when you’re doing all of your searches, etc, because the landlord bought that property back in the day so he knows whether it’s contaminated and has any other associated issues.

AW: I think we can do it. The Land Registry has already done a [proof of concept]transaction digitally that was signed on the blockchain in just over 10 minutes, so it is possible.