The potential impact of Brexit has created a lot of expectancy regarding the positive impact it could have on the Dublin office market. 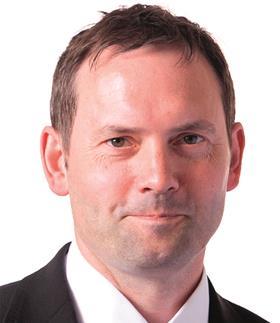 The prospect of an exodus of firms from London may boost demand in what is already a tight market.

Prime rents in Dublin grew by 9% last year, according to HWBC’s Dublin Office Market Review, and our base case forecast is for further growth of 8% in 2017. If significant Brexit-related requirement for space kicks in on top of the existing robust demand for new space from domestic tenants and foreign investors, then the potential is for rates of growth to be even higher.

Now that Article 50 has been triggered, pressure will step up on companies that have been looking at Dublin as a relocation destination.

They will have to move from tyre-kicking mode to deal-making mode. The head of the IDA (Ireland’s inward investment agency), Martin Shanahan, recently indicated its view that concrete decisions from UK companies are imminent.

The potential loss of financial services ‘passporting rights’ is one of the biggest factors for concern, driving banks, insurance companies and the professional services firms that support them to consider their options. Barclays, Morgan Stanley and Credit Suisse are among the banking names apparently looking at Ireland.

Insurers reportedly considering an Irish move include Admiral Group and Lloyd’s of London, while Beazley has already announced plans to expand its Irish operations.

Our own experience has seen enquiries from more than 20 potential movers, with the financial and insurance sectors predominant. In each case, companies were engaging in a desk-based research exercise that was looking at Dublin alongside other European cities including Amsterdam, Paris and Frankfurt.

At HWBC, our sense is that expectations of large-scale company moves, involving thousands of staff transferring to Dublin, are probably overstated. Demand is more likely to come from companies moving 100 or 200 staff, perhaps moving a specific section of their business, or testing the waters as a hedge against the uncertain future in the UK.

That alone would have a positive impact on the Dublin office scene, given the supply constraints in the market.

Concerns that there may not be adequate space to accommodate movers is misplaced. It is encouraging that there has been a surge in new developments in the past 12 to 18 months, and we forecast that completions in 2017 will almost double on last year, with a total of more than 2.3m sq ft of space expected to be finished.

Developments such as Dublin Landings and Capital Dock are well located and well placed to attract companies with bigger requirements, with more than 860,000 sq ft of new office space between them. In addition, Bolands Quay on Barrow Street will provide more than 200,000 sq ft in three blocks.

Our belief is that a lot of this space will be pre-let well in advance of completion and more than 40% of space due to complete in 2017 is pre-committed. Companies in the UK that may be affected by Brexit should not prevaricate for too long before making a decision if they want to access the best of the new supply in Dublin. Having a contingency plan is one thing; having a signed lease and fitted office space is quite another.

Paul Scannell is a director and head of offices at HWBC