It’s possible that you have never been to – or even heard of – Old Oak Common in north-west London, but that’s likely to change very soon. 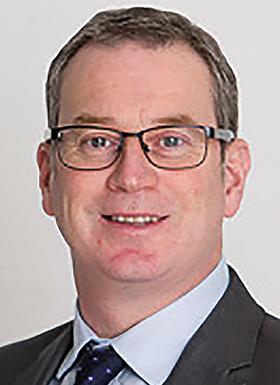 A major new rail hub is to be built on the site of an obscure rail depot not far from Willesden Junction which will be one of the biggest in the country, involving HS2, the West Coast Main Line, London Underground, London Overground and Crossrail’s Elizabeth line.

Is it destined to become the new Clapham Junction? Hopefully not. Clapham Junction, for all its charms, is not generally considered among the capital’s more desirable destinations. And that’s not surprising. Historically, major urban railway stations have tended to be associated with the less desirable aspects of city life, to put it politely. Just think of King’s Cross in its bad old days. But in recent years a radical rethinking of the role of the railway in the modern city has been gradually overturning those preconceptions. Think of King’s Cross again. When Google decided to build a £1bn HQ in London they chose King’s Cross because it has been resurrected from the grit and edginess of its previous incarnation into the sort of bright, modern, leisure-rich environment that is deeply attractive to the hip young people that Google needs to attract. And, of course, it is easy to get to.

The Kings Cross transformation, like other London developments at Hammersmith, White City, Canary Wharf and London Bridge, have come about because developers have recognised that transport infrastructure can be part of place-making; shaping new urban spaces that are destinations in their own right and fit for 21st century living, rather than just stations taking you to those places. And the owners of that infrastructure, notably Network Rail and Transport for London, have become ever more aware of the latent value in property close to rail and railway stations – value that has often been left unexploited because of the perceived difficulties of development.

But we have only scratched the surface. The spaces around rail are just part of the story. Building over stations can unleash huge potential, not just for profit but also for making better places to be. In the process it can go some way towards addressing the growing housing crisis faced by many large cities – but especially London. By ignoring the potential for over-station development – OSD in developers’ jargon – we are effectively allowing some of the most valuable land in the world to stand empty. 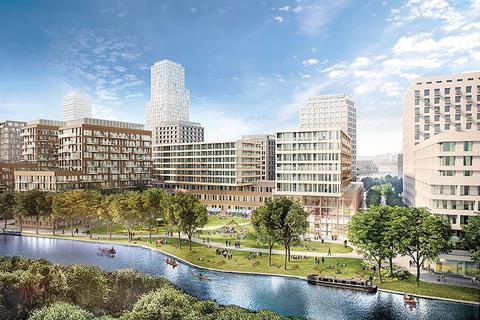 The financial and social pressure to make better use of rail infrastructure, especially in OSD, is only going to become more acute, particularly in London. For infrastructure operators’ money is short and getting shorter. The outlook for public spending remains gloomy and fare freezes will have to be financed somehow. Meanwhile the government is committing itself to serious increases in new housebuilding, including affordable inner-city property. Developers must show the imagination and flexibility to turn those challenges into opportunity. It is true that working with rail infrastructure is different, that sometimes it can seem a daunting prospect adapting to unfamiliar conditions, dealing with partners who seem committed to other priorities. But the skills to adapt are already there – we are already doing it. Yes, it can be a bit like learning a new language, but as we all know, learning a language can open up whole new worlds.

Having managed plenty of major projects, I understand that the priority of rail operators will always be keeping the trains moving and people flowing without any compromise on safety or access, but we are seeing that it need not be an obstacle to smooth, ambitious development that serves stakeholders of every kind, from investors to residents and commuters.

With the right development, rail infrastructure becomes a huge benefit to the surrounding built environment instead of a necessary inconvenience or even a blight. If we don’t take the opportunities that transport-orientated developments can bring, we will be guilty of a failure of imagination, one that our children will pay for.

Which brings us back to Old Oak Common. This will be a huge infrastructure project, complex and sprawling, but it can also be a place we want to visit, not just get through. We should ask ourselves now: do we want to be more King’s Cross or Clapham Junction? Fortunately for the future residents of Old Oak Common, that won’t be a difficult question to answer.

Duncan Adams is a partner at CPC Project Services