5
In turbulent times, the property industry can learn from history
Comment

In turbulent times, the property industry can learn from history

For many people, the festive period is a time for relaxation, reflection and giving. 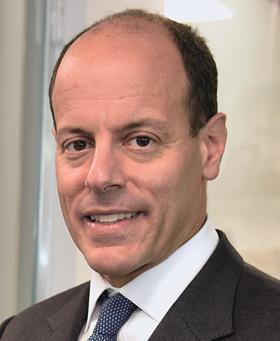 These mean different things to different people: for some it’s about relaxing on the sofa with a mug of mulled wine; for others it’s about hitting the shops and showering friends and family with gifts. For me, reflection and giving back are closely linked to charitable activities and, while not exactly something that could be described as relaxing, my December involved paddling 85 miles followed by a 100-mile ‘yomp’ (or long-distance march) across France with around 30 serving and former Royal Marines and Royal Navy officers, including disabled war veterans.

It was all part of a recreation of Operation Frankton, often described as the most courageous raid of World War II, to commemorate its 75th anniversary. As the main sponsor and only civilian taking part in the expedition, I was honoured to join some truly inspirational individuals who have conquered obstacles that would seem insurmountable to most of us, while raising vital awareness and funds for The Royal Marines Charity.

Having previously paddled 120 miles across the Channel as part of the RM1664 Challenge in 2014 with retired and serving Royal Marines, I’m no stranger to the gruelling stamina of the British military. However, this recreation of Operation Frankton came with fresh significance because of the mission’s incredible history.

Although I was aware of the raid beforehand – it is immortalised in the 1955 film The Cockleshell Heroes – I did not appreciate the sheer bravery shown by the participants. Frankton saw ten Royal Marines sent on what was effectively a suicide mission, equipped with only the bare essentials of food and clothing. The team was tasked with paddling 85 miles up the Gironde estuary in December 1942 to attack ships moored at the German-occupied French port of Bordeaux from their canoes (codenamed cockleshells), before making the 100-mile journey on foot to rendezvous with the French Resistance in Ruffec. The aim of the raid was to destroy blockade-running merchant ships with limpet mines, and six ships were seriously damaged.

Only two of the 10 commandos survived, with the rest either succumbing to hypothermia in the freezing winter temperatures or executed by the Germans.

What gives this story particular poignancy is that one of the two survivors was Major Herbert George “Blondie” Hasler, whose name was subsequently given to the Royal Naval unit dedicated to aiding the recovery, rehabilitation and re-integration of injured service personnel. Now, 75 years on, injured Royal Marines from the Hasler Naval Service Recovery Centre were an integral part of the group that retraced Hasler’s route, embodying the Royal Marine values of resilience in the face of adversity that the ‘Cockleshell Heroes’ originally demonstrated. We at Patron have been particularly supportive of the Hasler Naval Service Recovery Centre for a number of years, helping veterans prepare to re-enter civilian life by funding specialist equipment, offering respite breaks for them and their families at Patron-owned hotels, and providing introductions to source relevant internship and career opportunities. For this reason, Operation Frankton, planned and carried out by “Blondie” Hasler, was particularly close to our hearts.

While undoubtedly a heroic and courageous feat, Operation Frankton was far from perfect: eight of the 10 men died and a lack of communication meant no-one was aware of a simultaneous operation to attack the ships from land. However, the operation is credited with teaching lessons about teamwork and communication that would prove invaluable for making the D-Day landings a year and a half later such a success.

At the end of a busy and, at times, turbulent year, completing a major feat alongside those who have suffered life-changing injuries to protect our way of life is a humbling experience and one that lends itself well to considering how the seemingly insurmountable can be overcome. Reflecting on the original mission back in 1942 also highlights that while bravery and courage are valuable attributes, they need to be combined with teamwork, communication and an ability to analyse and learn from mistakes in order to be truly successful.