Property Week’s latest Power of Proptech survey, sponsored by Freeths, reveals a growing understanding among real estate businesses of the benefits of investing in technology 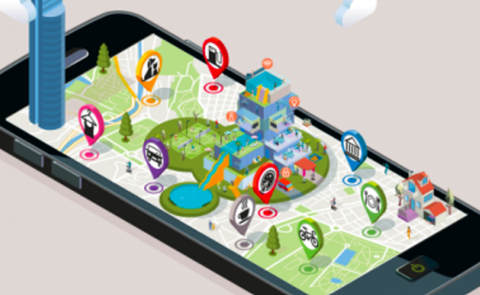 Historically the property industry has been slow to embrace technological change. However, attitudes appear to be changing, judging by the findings of Property Week’s annual Power of Proptech survey, sponsored by Freeths.

Last year, 48% of survey respondents said they believed that tech investment would have a positive impact on their revenue over the next five years, whereas this time around 61% of respondents agree with this sentiment.

Furthermore, this year’s survey underlines the steady increase in the number of businesses looking to adopt new technology, with 68% of respondents saying they embrace tech and are ‘willing to innovate and trial new products’, versus 56% in 2017. And 57% of property companies say they believe the investments they have already made in tech have given their business a USP.

However, it’s likely there are going to be some significant bumps in the road ahead. Whereas last year 38% of respondents said that tech adoption remained limited because proptech was not fully developed and although they would have liked to innovate they ‘always face teething issues’, this time around that figure stands at 47%.

As for the tech that has had and/or is likely to have the biggest impact on the property sector, if you strip out the rapid rise of digital-first estate agents such as Purplebricks and Emoov that have continued to eat into the market share of a number of residentially focused property businesses, there has been a small but very noticeable awakening in the industry to the potential power of artificial intelligence (AI).

In this year’s survey, a larger number of companies say that AI and ‘machine learning’ have had a big impact on the property industry over the past five years and going forward more property businesses say they are more likely to invest in AI to assist decision-making and/or help with customer relations in the next five years.

“The survey reflects what I am seeing, a ‘digital roadmap’ on the boardroom agenda,” says Darren Williamson, partner and national head of real estate at Freeths. “The frustration is deliverability and companies need to be open-minded about working with proptech providers to develop solutions.”

The number of respondents embracing AI in the property sector remains relatively small, so we are a long way away from a ‘rise of the robots’ scenario. But there is clearly a growing awareness of the benefits of machine learning among members of the property industry.