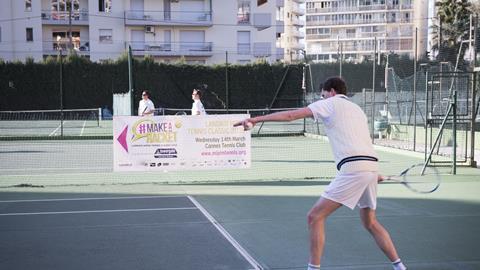 James Lugg of Folio UK promised that this year’s Mipim Tennis Classic would be “bigger, better and more successful” than ever before and he was right. 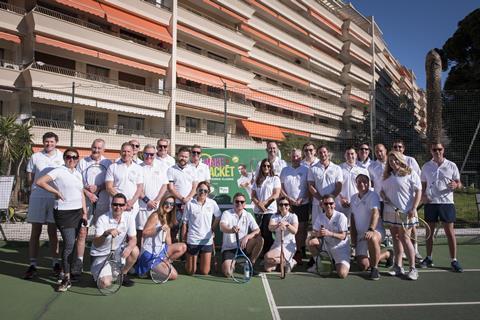 The fourth annual tennis tournament, held in support of LandAid, smashed its previous record to raise in excess of £35,000 – a huge increase on last year’s £20,000 – for the property industry charity.

Twenty-eight players battled it out under the glorious sunshine in the doubles knockout tournament at the Cannes Tennis Club.

Lucy Arthur and Simon Osborne from AshbyCapital saw off Jonathan Hogg and Randa Khayyat 6-5 in a thrilling final to emerge as worthy winners of the #MakeARacket trophy.

“We’ve had great, competitive fun, but most importantly it’s all for a very good cause,” said Arthur. 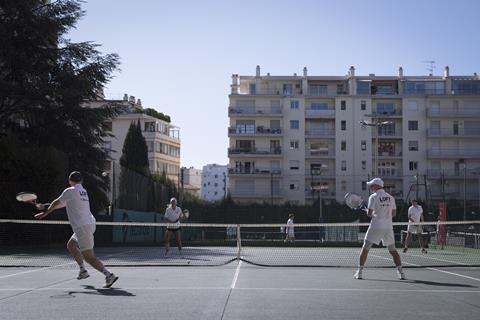 For the teams that had lost in the first round, there was all still to play for, however, as they competed in the Plate competition. The Ideal Land team of Stephen Hutt and James Armstrong ultimately proved victorious against Neil Shiner and Jon Eaglesham in the final.

Founders Martin Skinner of Inspired Asset Management, Anthony Lorenz of The Lorenz Consultancy, Simon Wainwright of JPW Real Estate and Lugg were “thrilled” with the result, which they said showed the tournament was going “from strength to strength”.

Watch highlights from this year's tournament

After the tournament, Lugg and Robin Gleeson, business director at chief sponsor Towergate Insurance, presented the cheque to Liz Peace, chair of LandAid, which will use the money to help young, homeless people get off the streets and get their lives back on track. A €1,399 (£1,230) cheque was also presented to the Cannes Community Fund.

Gleeson said Towergate decided to sponsor the Mipim Tennis Classic for two reasons. “First, because the event itself is different. It’s a good event and is away from the hustle and bustle of Mipim. The second and main reason is the charity. LandAid does some fantastic work in the UK against youth poverty. We wanted to get on board and support them.” 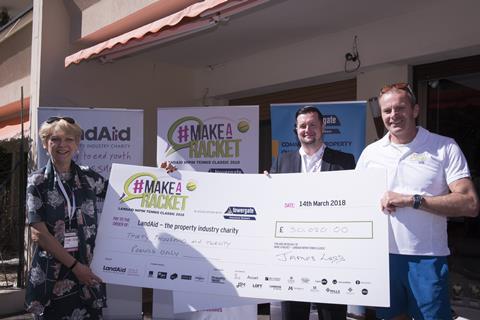 Mark Catchlove from Herman Miller, which sponsored the Champagne reception, said it is important “to get involved in things that make a difference to people’s lives”.

Craig Marks from Menta, which sponsored the balls and players, added: “It is a great cause to get young homeless people back onto the property ladder.”

The organisers said their main objective was to beat last year’s record and grow “year on year”.

“There are a lot of people spending a lot of money here in Cannes and this is one of the few charity events,” said Wainwright. “It’s a significant contribution and we really hope that this is going to be a fantastic year for LandAid.” 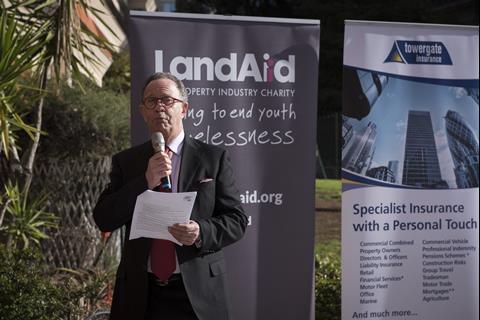 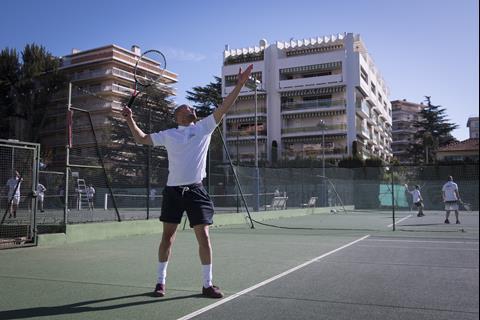 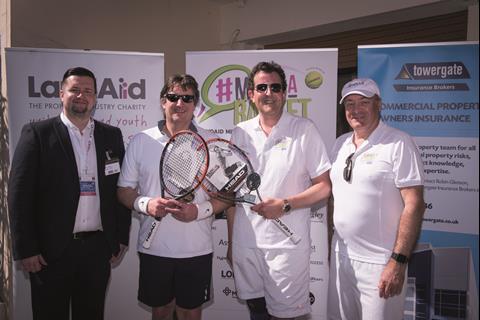 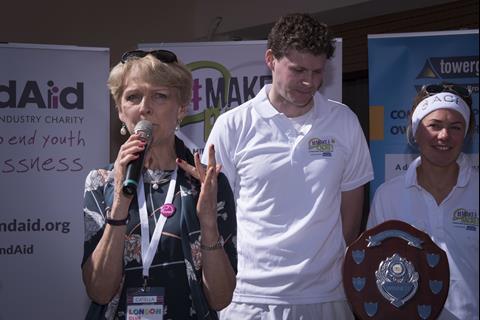 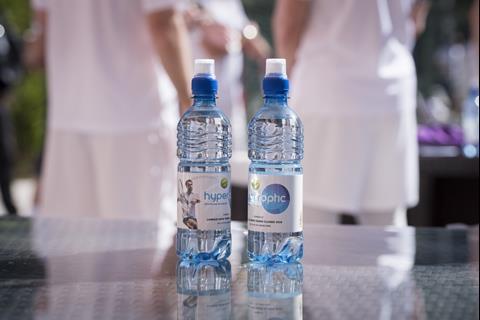 Hydration was key in sunny Cannes 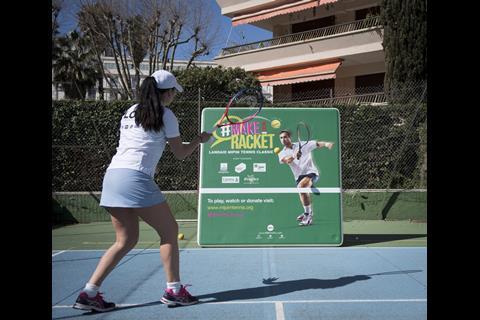 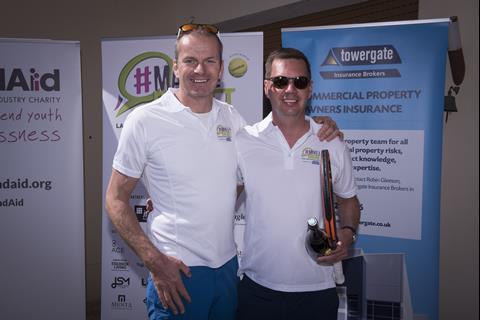 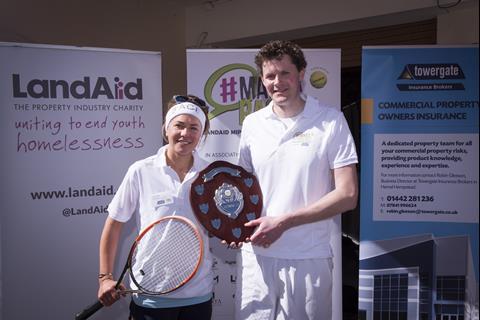 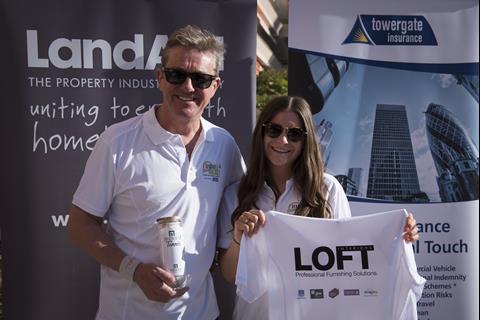 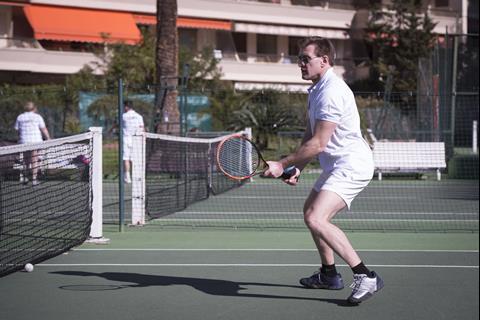 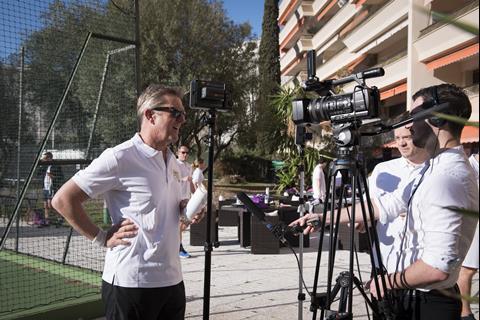 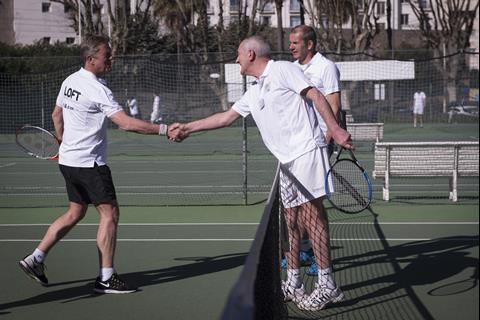