Reforms could lead to poorer outcomes

It is a time of great upheaval for the professional freeholder sector. The government is bringing forward dramatic reform of the leasehold/freehold model, with the sale of leasehold houses to be banned and ground rents on new leasehold apartments to be reduced to a peppercorn. 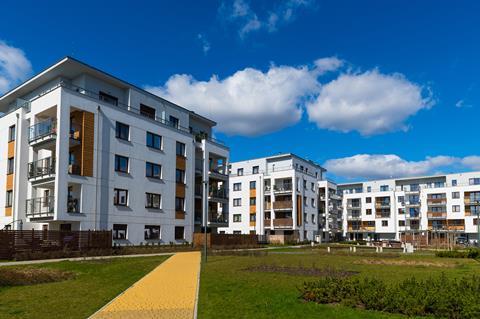 It is glaringly obvious that the former policy has been prompted by the scandal that emerged in recent years around the practice among some of the big housebuilders to sell leasehold houses with contentious clauses included in the contracts.

However, as we explore in this supplement’s main feature, reducing ground rents across the board to a peppercorn will have unintended consequences and are in any case unnecessary given the voluntary measures freehold companies have offered to make through The Pledge. Quite simply, companies – typically regulated institutional investors – that specialise in acquiring freeholds and managing complicated apartment buildings will exit the market and look for opportunities elsewhere. How could they do otherwise?

Many members of the public or indeed MPs may not shed too many tears for such companies. A narrative has emerged that views the current system as a form of feudalism and many see the proposed reforms as liberation for leaseholders. Such a view, however, is short-sighted.

If professional freeholders withdraw from the market, leaseholders will be forced to group together to take on responsibility for managing buildings and it is far from clear that they have any desire to do so.

It is also clear that the experience from elsewhere in the world demonstrates that such regimes often lead to poorer outcomes for the majority of leaseholders. Such is the case in Australia and Scotland. After all, if some leaseholders decide to withhold the service charges that cannot be avoided under any model for managing apartment buildings, will those responsible under the commonhold model have the knowledge and resources to readily pursue them through the courts? Probably not.

Delays to repairs and maintenance, therefore, are almost inevitable. In the best-case scenario, that is merely inconvenient. In the worst, it is downright dangerous.

At a time when the memory of the Grenfell Tower tragedy is still front and centre in the nation’s consciousness, it seems reckless that the government would enact legislation that would lead to the management of large, complicated apartment buildings passing from professionals to residents.

After all, the vast majority of professional freeholders take their health and safety responsibilities extremely seriously and have invested heavily in having the right expertise, whether that means building safety experts, surveyors or in-house legal counsel. Such companies have the financial firepower and know-how to manage remediation projects and pursue those responsible for unsafe building works. Many are backed by major pension funds, which provides another level of oversight and professionalism.

The actions of a few housebuilders should not have to result in a system that provides poor outcomes for the vast majority of leaseholders.