The latest twists in my sobriety

So Brexit is oven ready, but what will it taste like? REITs rebounded 30% at the end of last year on the Conservatives’ election victory, twice the rise in the equity market. We issued our 2020 Outlook note memorandum ‘Re-selling the Dodo REITs’ and view the recent rebound in share prices as a good selling opportunity before the sobriety returns. 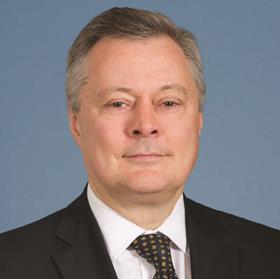 ‘How do you own a small vineyard in France? You start with a large one’ is a quip appropriate for the large UK REITs, which other than SEGRO are becoming uninvestable, in our view. Shopping centre values look set for a slide, although some ambulance chasers are picking up retail warehouses for land conversion at sensible prices at 8%-plus yields as rents haven’t fully adjusted to retailers’ ‘Amazonised’ operating cost ratios.

Intu shares are now 87% below their NAV, the dividend is suspended and it is at risk of losing its REIT tax-free status. Hammerson has sold £500m of wholly owned kit, but we believe that in the next round of jettisoning assets it risks being ransomed by its JV partners on pricing. Malls aren’t robust, there isn’t a return to normal and leveraging isn’t less than 2007, with the death of the department store now meeting a consumer retrenchment.

Assuming London offices are about to be buoyed by a splurge of foreign capital also seems naive. London offices at 4% yield more than Paris’s 3% or Frankfurt’s 2.8%; take away the local government bond yield and most capital cities are around 3%, which adjusts for country risk. National lease structures vary and the City office market is deregulated, with London’s low vacancy rates distorted by 6.5% of stock run by flex space hoteliers.

Foreign exchange markets are more efficient than the bookies’ odds, so we have traded REITs on the £/$ rate as a ‘Boris Brexit barometer’. This worked well, with the bounce from £/$ 1.20 to 1.35 pre-empting the sector’s 30%-plus bounce on the Tories’ landslide election. 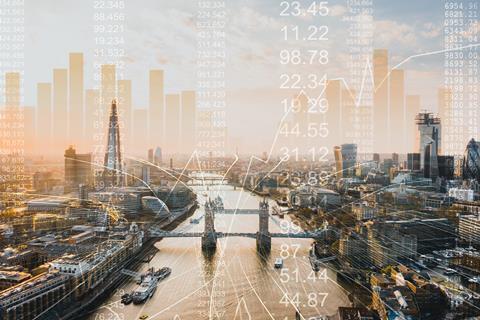 So how much Brex-ecution risk is priced in? We expect rolling trade talks rather than a comprehensive agreement by 31 December 2020, so a Boris Brexit will be hard-ish. Some pressure will likely be alleviated on London offices, which we factor into our new REIT forecasts, but not enough to repeal the London REITs trading at NAVs from our sell list.

Trade negotiations risk casting a shadow over the economy, which is at stall speed, and might continue to defer foreign direct investment. European Commission president Ursula von der Leyen warned that trade negotiations faced another “cliff-edge situation”, with the timetable “extremely challenging”.

From peak to trough: we still expect shopping centre values to decline further by nearly a third (with circa 15% declines in 2019) and London office values by around a quarter. This is slightly less than the third we previously forecast, which is the limit of Brexit relief. The City is at risk from EU equivalence requirements and the West End has affordability issues.

The Conservatives’ Oxford-educated special advisers (SPADs) convincingly beat Labour’s Oxford-educated SPADs, and the government’s policies may now be radicalised with Whitehall looking likely to be overhauled. There will possibly soon be fewer ‘Sir Humphreys’ soon, but read chief SPAD Dominic Cummings’ ‘Odyssean’ blog, which puts a capital ‘R’ in Radical. Cummings appears to have more in common with Mariana Mazzucato (former adviser to shadow chancellor John McDonnell) than Tory backbenchers.

And we wonder if the Government Property Unit set up to streamline the £400bn government estate could be restored but this time with senior sponsorship (PM Johnson).

It’s payback time for Workington man/woman in the ‘Red Wall’ of Labour-held seats running from Wales through the Midlands to the North East. This means regional investment at the expense of the London-Oxford-Cambridge golden triangle. 2020 could be a good year to be a regional office agent!

Land Securities and British Land appear to be becoming ‘Dodo REITs’ and need reinventing before becoming functionally extinct. Both should be sector agnostic rather than staunchly half office and half retail, and should be public models of Blackstone with its ‘buy it, fix it, sell it’ real estate business.

In our view, Land Securities needs to fit a pacemaker and with incoming chief executive Mark Allen it probably has. The board of British Land’s feet are now collectively in the proverbial fire. UK REITs have fetishised retail and are holding out for a rebound that we do not believe is coming.