All bets are on

It’s fairly normal to have a healthy dose of cynicism as a journalist – especially after a year and a half of worrying about Covid – but it feels good to be upbeat about life for a change. My lockdown hobbies have all but disappeared and in-person meetings are par for the course. 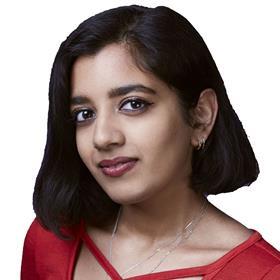 The property industry is also looking pretty upbeat, showing signs left, right and centre of a bounceback on a global scale. Once a word on everyone’s lips until Covid came on to the scene, Brexit hasn’t caused the mass exodus that everyone was so worried about for four years, as revealed in our feature looking at how European cities have dealt with the promise of office relocations.

Global investment into commercial property so far this year is up by almost a fifth compared with last year, with the global north – quite naturally – seeing more injection into real estate than the global south, particularly into multifamily residential property. Experts are even bullish that figures next year will exceed those in 2021.

The co-living sector also appears to be booming. Despite The Collective’s collapse into administration, the sector is far from dead and the results from last week’s poll show the industry is somewhat positive about it. Moda Living has committed to a £1bn pipeline of co-living apartments in London and the South East, and student operator Nido has expressed intent on entering the sector, too.

Moda’s chief executive Johnny Caddick said its debut into co-living was due to a “rental revolution” in the UK. Rising house prices and government first-time-buyer policies still in their infancy mean there are millions of people out there renting, who deserve options and – more importantly – reliable landlords. What Moda’s co-living model will look like and whether they will be able to pull off what The Collective could not is what I’ll be keeping an eye on.

The industry is showing signs left, right and centre of a bounceback

Those betting on the death of the office may also want to think again. Guildford Business Park is the latest in a flurry of office assets to hit the market, with a price tag of £100m.

Meanwhile, the Compass Centre, a 200,000 sq ft office block, is under offer for £100m. That said, the buyer is Prologis – I’ll leave it to your imagination to guess what a logistics firm will do with office space…

There are clouds on the horizon, however. If your family is anything like mine, then your WhatsApp group chats will also have been full of pictures of relatives waiting in petrol station queues.

Even though the prime minister has tried to calm the panic buying and deployed the army to manage the situation, the knock-on effect on construction sites is quite alarming. Separately, in August Crest Nicholson chief operating officer Tom Nicholson told me some material lead times have been up to 26 weeks. To overcome this, housebuilders have had to ensure they are being particularly efficient with managing forward planning.

As Property Week went to press, the government had unveiled quite pathetic short-term visas to recruit lorry drivers from Europe to kickstart deliveries again, but this will only last until Christmas. I’m currently placing my bets on how likely it is the policy will come back to bite them in the behind.