Metropolis has received many great letters in its time but arguably none more inspiring than the one that dropped into the inbox last week. 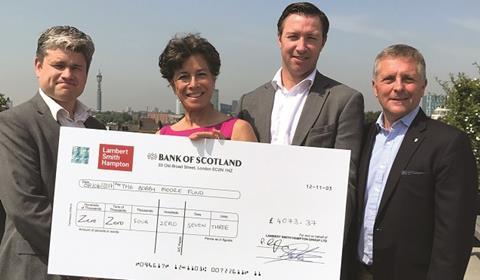 Having supported the Property Week Cup, which raised more than £4,000 on behalf of the Bobby Moore Foundation for Cancer Research, PW was delighted to see co-organisers Jonathan Rea-Palmer and Jason Pinkett from Lambert Smith Hampton and Ian Purvis of Porterfield hand over a giant cheque to Moore’s widow Stephanie at Wembley Stadium.

Purvis described it as a “humbling experience” and we were equally humbled to receive a letter of thanks from the wife of the man who led England to its only ever football World Cup triumph and who is an MBE in her own right.

“Every step we take [towards diagnosing and treating bowel cancer] relies on every pound, every hour and every person,” she said.