The Qatar Investment Authority and Brookfield Property Partners are set to delist Songbird Estates following their successful £2.6bn bid for the majority owner of Canary Wharf. 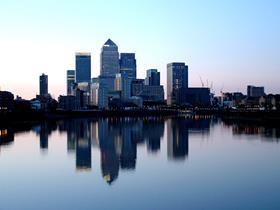 The takeover panel is set to give the bidders an extra 14 days to secure the 90% of shareholder approval it requires to delist Songbird from AIM, a challenge it is expected to overcome easily now it has gained the backing of shareholders controlling 85.6% of the shares.

Property Week also understands the existing management at Canary Wharf will remain in position, including its chairman and chief executive Sir George Iacobuescu.

A Canary Wharf source told Property Week: “From Canary Wharf Group’s perspective it is still very much business as usual and the company will continue its development drive. It is an outstanding business with exceptional prospects and its development pipeline will proceed as planned. QIA and Brookfield have expressed their appreciation of the achievements of Canary Wharf as a company, its management and its assets.

“George has been assured by the potential new shareholders of their full support for the group’s business plan and first rate staff. He and the team are looking forward to working with them during what will be one of the busiest and most successful phases of Canary Wharf so far.”

Early this morning the bitter battle for Canary Wharf came to a spectacular end as Songbird Estates’ major shareholders all backed the £2.6bn bid from the QIA and Brookfield Partners. While many expressed surprise Simon Glick had put his 25.9% of shares behind the offer, there was less shock at China Investment Corporation’s position on its 15.8%. Morgan Stanley has also backed the deal with its 8.5% share.

Bidco had already received irrevocable undertakings and letters of intent over, in aggregate, around 6.7% of Songbird’s issued share capital, representing 32% of Songbird’s free float. In addition Franklin Resources, which holds 7.1% of the Canary Wharf Group shares, has indicated its intention to accept any cash offer for its shares which is made on a see-through basis to the Songbird final offer price.

The Qataris already own 28.6% of Songbird, whose investment portfolio is worth £6.3bn. The free float represents 21.1% of the holdings, and the bidders will now spend the next two weeks securing enough of the remaining free float to take their support from 85.6% to 90%.

As a result of the backing from the major shareholders, the board of Songbird Estates has now recommended its minority shareholders to accept the bid. The bidding pair launched a 350p-a-share offer direct to Songbird shareholders in December, valuing the company at £2.6bn.

Songbird said, however, it still believed the offer undervalued the group, and that it had been talking to other potential bidders, but no new offer was expected before the bid deadline.

The Canary Wharf source also said Songbird would cease negotiations with other potential bidders during the 14-day extension, which begins on Friday.

The news comes after QIA and Brookfield launched a last minute plea to shareholders to accept their offer last Thursday. The bidding pair claimed their 350p a share approach provided an attractive opportunity for Songbird and for shareholders to realise cash at a premium of 41.6% to the share price before the initial approach was made on 6 November.

The pair also pointed to Songbird being a highly illiquid stock, which has not paid a dividend over the past five years. Shareholders are now likely to see a return on their investment if the company is successfully delisted.​