RESI Insights: Let us build on progress already made

Housing proved to be a major issue in this year’s general election in a way we haven’t seen for decades. 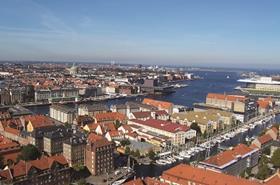 A cross-party consensus has emerged recognising that we need to be building some 200,000 to 250,000 homes every year.

However, there is far less agreement between the main parties as to how to get there. All too often, the debate is characterised as a binary choice between first-time buyers or social tenants.

The truth is we need more homes, of all types and tenures: owner-occupied, socially rented and privately rented.

But the private rented sector (PRS) in particular is in desperate need of new stock. The PRS has grown substantially over the last decade, and most independent experts forecast it will continue to grow - to more than 5.5 million households in the next five years.

To cater for this demand we need to encourage long-term institutional investment. The US, Germany and Scandinavia (pictured) have all established institutionally backed rental markets, so there’s no reason why we can’t here.

Key to unlocking this investment is extending the Build to Rent fund. It is working well, but it needs to be accelerated and expanded if it is to have meaningful impact.

A lot of Build to Rent development could take place on public land, which would offer the public sector a long-term, steady income stream as well as helping to tackle our housing shortage.

We’ve already made good progress in opening up public land, but the effort needs to be wider in scope - not just limited to a few Whitehall departments - and the process sped up and made less bureaucratic.

But most crucial to delivering new homes, of all tenures, will be improving the capacity of planning departments. This isn’t simply about increasing funding; it’s about making sure planners have the right training and skills, and that planning is seen as an attractive career path. We need quality and expertise in both the public and private sectors.

This is even more pressing as local development plans start to come into force. There has been some unease over their introduction, with some fearing they will end up like the now-scrapped Regional Spatial Strategies. But rather than being a top-down imposition, local plans are genuinely accountable and democratic, and will be vital in ensuring new housing stock is delivered across the country - not just in London and the South East.

It has been suggested that the government returns to being directly involved in housebuilding, as was the case in the mid-20th century. But before that can be seriously considered, we need to see housebuilders taking full advantage of the guarantees currently on offer. Many have yet to be taken up, and will be critical to unlocking long-term investment for private-rented and affordable housing.

Clearly more still needs to be done in upping housing delivery. But there has been progress, and the government will continue to work with the industry to ensure Britain gets the homes it needs.