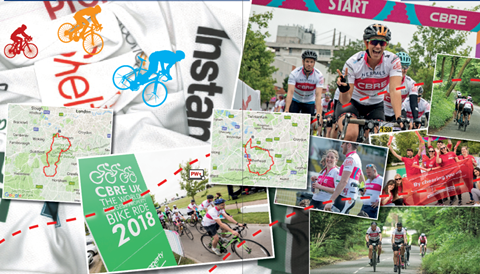 More than 850 riders donned their Lycra for the ride through the Surrey Hills, starting and finishing at Sandown Park Racecourse. The bike ride raised around £50,000 for Action for Children – the largest amount raised by the event ever.

CBRE UK managing director Ciaran Bird said: “We are delighted to have raised circa £50,000 for our new charity partner, Action for Children,  and I would like to thank the incredible 850 cyclists who took on this year’s Surrey Hills challenge.

“The money will make a real difference to hundreds of children living in UK foster homes, equipping them with essential life skills to help them to thrive independently when they leave the care system.”

Riders on the 50km and 100km courses had to endure the ups and downs of Box Hill, Abinger Hammer and Leith Hill, and this year, the routes were tougher than ever, featuring more climbs. 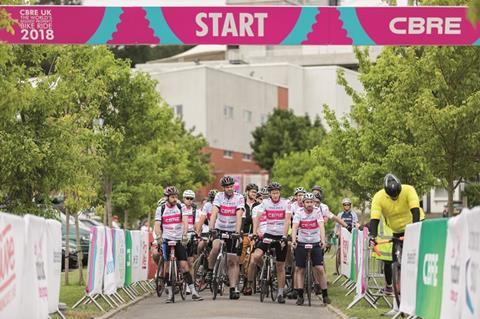 All photos by Jonathan Cole

Colin Lambert of Savills set a record time for the 50km course, finishing in one hour and 53 minutes – the first time a rider has finished in under two hours.

In the 100km race, three riders crossed the line together in the fastest time of three hours and two minutes: Derek Gammage and Dylan Burke from CBRE and Barclays Bank’s Tim Helliwell. 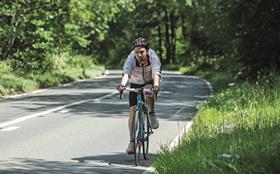 PW’s rider out on course

Maintaining a fast pace was a particular feat for those riders who came into the race just five days after completing the CBRE EMEA Charity Bike Ride, covering 700km over five days from Bilbao to Santiago de Compostella.

Action for Children, which signed a new two-year charity partnership with CBRE earlier this year, said the amount raised would help provide life-changing support for more than 700 children living in care.

Speaking after the race, Carol Iddon, Action for Children’s acting chief executive, said: “We are extremely grateful to CBRE and all the bike ride participants whose collective pedal power raised a fantastic amount of money.

”Your commitment will help our team to provide emotional and practical support to foster families across the UK and, in particular, help children leaving care to secure accommodation as well as education, employment and training opportunities.”

The Biggest Property Bike Ride has grown in popularity year after year and the organisers are already working on the 2019 event.

Bird concluded: “CBRE’s World’s Biggest Property Bike Ride has grown to be widely recognised across the industry and generates huge levels of interest beyond just our employees.

“This year’s ride was another memorable event which was whole heartedly embraced by all the riders.”