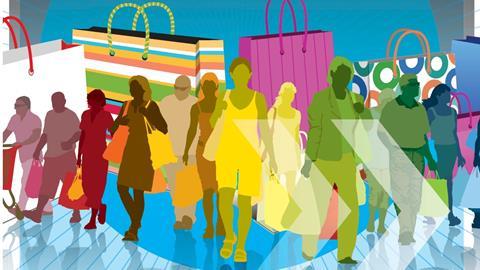 Historically, retail property offered rich pickings for landlords. They simply signed up well-covenanted operators on long leases and they didn’t need to worry about the unit until the lease was up.

How times have changed. Today landlords need to do more than hand the keys over. In the wake of the flurry of retailer collapses and company voluntary arrangements (CVAs) in the last 12 months, it is ever more important that landlords and retailers work together to understand what consumers want and create great shopping destinations.

We have already seen one shopping centre – Nicholsons in Maidenhead – enter receivership and it’s rumoured others could follow suit in the coming months as anchor tenants such as Debenhams seek to downsize their estates. The centres most at risk are those that have not kept up with the times.

Find out more - Shopping centres: centre of the storm

To find out the root cause of these issues and whether it’s all bad news for the nation’s shopping centres and high streets Property Week commissioned location specialist CACI to look at how shopper trends have changed over the past five years.

To do this, CACI did a deep dive into its Shopper Dimensions database of 650,000 recent consumer surveys. 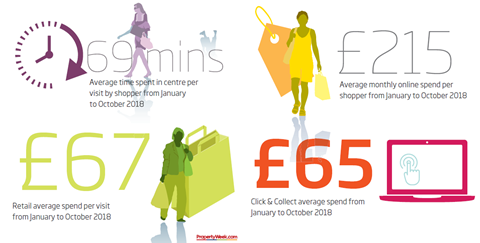 These in-centre exit surveys, which regularly take place at more than 230 retail centres across the UK, ask shoppers questions about frequency of visit; dwell time; shops visited; retail and catering spending and conversion rates (catering conversion being the proportion of shoppers who spend on F&B during a visit); and shopper demographics.

First the bad news – the increasingly uncertain and volatile economic climate has had a significant impact on the way consumers engage with retail, according to Fran Goodfellow, senior consultant at CACI.

“Last year saw in-centre off-peak [Jan-Oct] engagement metrics such as dwell time, frequency and retail spend fall below 2016 levels and this trend appears to have stayed true for 2018, with metrics continuing to decline,” says Goodfellow.

But the good news is that centres that manage to excite the interest of shoppers can still do well, she adds. “The changing metrics point towards a more targeted shopping trip. Destinations have less face time with customers, so it is the ones that maximise engagement that will do well.

“The destinations – and retailers – that are failing are the ones that don’t tailor their offer to the changing needs of the customer.”

Catering spend has also increased and is at its highest level for five years, despite the collapse of a number of high-profile F&B operators and CVAs being sought by several more.

Goodfellow believes this uplift in F&B spending is potentially due to the unusually hot British summer and a series of high-profile events that took place in 2018, such as the World Cup and the wedding of Prince Harry and Meghan Markle. 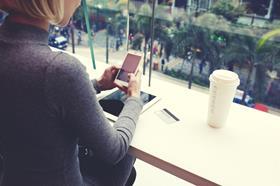 CACI’s figures show there is a slight fluctuation in shopping habits between the north and the south, with both retail and catering spending higher in the south, which suggests a more engaged shopper.

Fran Goodfellow, senior consultant at CACI, says that catering spending in the south is skewed by Greater London, which accounts for 13% of all retail spending in the UK and has a significant over-representation of the country’s most affluent urban demographic.

“There is an abundance of cash-rich, time-poor consumers here – for example frequently grabbing some breakfast or lunch while on the go – which reflects the increase in catering conversion but slight drop in spend,” says Goodfellow.

She adds that these general market trends are not mirrored in ‘peak 2017’ (CACI defines the peak season of the year as November and December, with the rest off-peak).

“During this time, all metrics increased year on year, particularly retail spending, which rose by 4.6% year on year, while dwell time increased by 4.1% – a pattern that retailers will hope to imitate as this year’s peak trading period approaches,” says Goodfellow.

In terms of the shopper ‘mission’ (what the main reason for a trip is), convenience continues to lead the way, accounting for 57% of all trip types. This was a slight decrease year on year, according to CACI figures, while the volume of those shoppers on ‘purpose-driven’ trips remained flat, at 20%.

“Destination-led trips – typically characterised by a high retail spend coupled with catering engagement – grew between 2013 and 2015 as shoppers looked for something beyond the transactional element of shopping and shifted towards experiential shopping,” says Goodfellow. “This has stabilised over the past two years.”

CACI’s data picks up on some interesting online trends. For starters, online engagement experienced a slight drop year on year, while the amount spent online remained flat. However, the number of click & collect users continued to increase – over the past five years this figure has risen by 2.6%.

“This trend is reflective of how consumers’ expectations of a seamless and multi-channel experience have heightened over the past few years,” explains Goodfellow. “Retailers are not only required to be multi-channel by offering in-store pick-up, but they are now partnering with third-party companies to offer greater convenience for shoppers. The offer of a click & collect service incentivises consumers to shop in a brand’s physical stores while capitalising on spontaneous in-store purchases.”

Unsurprisingly, at Christmas time all these online metrics are higher than during the rest of the year. “During the non-Christmas period in 2018, 52% of shoppers stated they shopped online whereas during the 2017 Christmas period this figure rose to 58%, with the value of purchases increasing by 31% at peak time,” says Goodfellow. “It is important to note that despite the increase of online shopping, this medium still only accounts for a small proportion of total shopping, reflecting the important role that stores still have in the purchasing cycle.”

It may only account for a relatively small proportion of total shopping at the moment, but over the past few years the rise of online has irrevocably changed the nature of UK retail and as we enter the ‘peak’ shopping period, retailers will be keeping their fingers crossed for a bumper Christmas and January sales period. Otherwise there is a clear and present danger that the carnage of 2018 could be repeated in 2019.