Shopping centres: centre of the storm

There has been no let-up in the wave of retail collapses and store closures in the past few months. Last month, it was Debenhams announcing 50 closures. This month, another retailer may well join the list, which also includes House of Fraser and BHS, not to mention dozens of smaller retailers and restaurant chains that have gone under or entered company voluntary arrangements (CVAs). 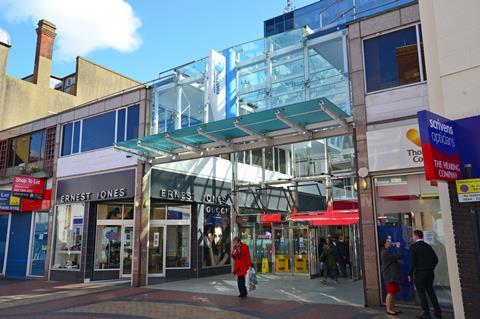 Retail’s therapy: Maidenhead’s Nicholsons centre has gone into receivership but expectations are that those focusing on prime and convenience will survive

It is little wonder that some of the UK’s 600 or so shopping centres are struggling to survive. We have already witnessed one casualty. Last month, Nicholsons centre in Maidenhead, the prime minister’s constituency, collapsed after failing to meet debt repayments. No one believes it will be the last to succumb.

James Watson, head of retail capital markets at Colliers, puts it bluntly: “If you work in the shopping centre sector, you’ve been battling in the trenches for the past two years.”

So what can they do to ensure they don’t just survive but thrive in the new retail world order?

A strong indicator of confidence in the UK shopping centre sector is the number being sold. This year has seen the lowest number of transactions since the last bloodbath in 2008. “The current cycle’s high point for shopping centres was in January 2015,” says Watson. “Since then, transaction volumes have fallen and are now at the lowest level since the last recession.”

Watson highlights the £260m sale by Rockspring of the seven-asset Tiger Portfolio, which was bought by Lone Star in December 2014, as an example of how difficult the market is. As Property Week revealed in June, Lone Star is now seeking to sell these regional centres, but so far it has only announced a buyer for one of them – Grays Shopping Centre in Essex.

Lone Star’s experience reflects the challenges facing the sector at the moment. The latest data from CBRE Research and Property Data puts year-to-date sales volumes at £878.1m, down from a peak of £5.5bn in 2014. This year there have been just 22 transactions, nearly all involving large prime assets. 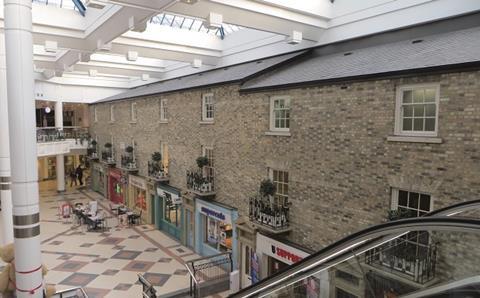 However, says Rhodri Davies, head of UK retail at CBRE, there is still demand out there for shopping centres. “Despite the fall in volumes there remains selective appetite for prime assets and this is expected to continue over the short to medium term,” he says. “Recent headlines have been dominated by the challenges of the retail occupational market and the ‘crippling’ impact this has had on net operating incomes. In reality, this has been exaggerated, especially in prime centres.

“In many instances, prime shopping centre landlords have anticipated this fallout, with many putting contingency plans in place to minimise if not negate the impact of retailer administrations and CVAs.”

These are prime centres, though. What about the secondary and community shopping centres in less desirable towns and cities? Charlie Barke, head of shopping centre and high street investment at Knight Frank, predicts there will be more administrations in this space, but not as many as in 2009 and 2010.

“At that time, many centres were owned by small-time private Irish investors, who managed the assets themselves,” says Barke. “The banks felt they’d be better taking back operational control.

“This time, the owners are private equity companies and most have decent asset managers in place running the centres. I am not sure what the banks will achieve by putting these in administration. They either then have the challenge of running the centre themselves or, if they are selling, they have to prepare the key information, then have the stigma associated with administration.”

Barke adds that of the 600 or so centres around the UK, the top 200, which are prime, will be safe as will many at the opposite end of the spectrum – centres that offer local communities convenience retail – which account for around another 200 centres.

“We feel pretty comfortable about the two ends of the sector,” says Barke. “The prime centres and those community centres offering local people true convenience stores, like a WHSmith, Boots and small supermarkets, are serving and will continue to serve a genuine purpose.

“It’s those 200 regional shopping centres that sit in the middle of prime and community that are most at risk of collapse. These are the ones that offer the basics, but also compete with bigger centres and, not least, the internet by trying to offer things such as fashion.

Even in these smaller regional centres, there is potential salvation, however, according to Barke. “These centres are often in areas where the true convenience shopping experience can survive if the owners drop the non-essential stores,” he says. “Many are in towns where there is a large retirement community, and these people will use the local shopping centre for everyday basics.”

In such cases, at least part of a shopping centre could be retained for retail use. The owner of a 300,000 sq ft shopping centre in a seaside town could, for instance, convert 200,000 sq ft into apartments and retirement accommodation and retain the remaining 100,000 sq ft for retail, changing up the tenant mix by swapping fashion retailers for convenience brands.

“That way, you keep the shopping centre and build yourself a ready-made customer base in the stores you’ve converted into residential,” says Barke.

So what do those like Lone Star, which has a number of shopping centres up for sale, have to do to sell them? James Carswell, an analyst at Peel Hunt, believes there first has to be a fundamental shift in the mindset of many shopping centre owners and the agents that value their assets.

“Provided you are careful with stock selection and entry price, there are already good deals out there”

“If you look at the valuations being put on regional shopping centres today, they haven’t fallen in a real way,” says Carswell. “This will happen at some point and it will hurt some more than others. For the bigger companies, like intu and Hammerson, the stock market is already pricing in the valuation decline. But private sector landlords cannot expect to sell their centres unless they price them realistically. Investors will not return to the market in significant numbers unless they see yields going out, and that requires a more realistic valuation.”

Those who have bought shopping centres in the past two or three years are considered by many to be most at risk of being hit by a collapse in values. Local authorities have been among the most active in buying their local centres and have a long-term approach. There is a feeling that it will be the private investors that bought at the peak in pursuit of a short-term gain that will bear the brunt.

“Local authorities are long-term investors and are less exposed to short-term fluctuations in valuations than either REITs or institutions,” he adds, although he warns that local authorities will need to adapt to the changing and increasingly tough high street retail environment.

Barke adds: “These local authorities need to take control of their centres in order to keep them going in such hard times; otherwise there could be critical damage to their town centres. With affordable borrowing and a long-term view, we firmly believe local authorities are right to be taking control of what is probably the most important commercial asset in their local borough.” 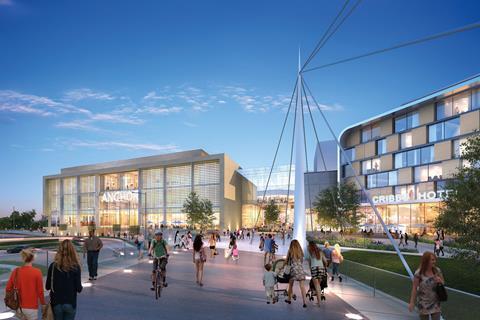 There will no doubt be losses across the wider market, but where there are losses there is also the possibility of gains. So while those who have bought their centre in the past three years are having to come to terms with some dramatic falls in valuations, there are those, such as Praxis, that are using the current negative sentiment around the market to make some potentially profitable plays.

“History tells us that fortune tends to favour the brave,” agrees Barke. “Provided you are careful with stock selection and entry price, there are already good deals out there. And there will be more next year. But most will miss out on the best deals by waiting to be sure that the market has stopped getting worse before they’re willing to re-invest. The early bird will catch the worm in 2019.”

Government does has a role to play in supporting the sector and much has been made of bricks-and-mortar retailers having been forced to pay ever-increasing business rates and UK tax, while internet giants clean up without being subjected to much of either.

After lobbying the government for years on such issues, Edward Cooke, chief executive of the shopping centre association Revo, was not overly impressed with the help chancellor Philip Hammond offered the sector in the Budget last month, which promised £1.5bn in support for high streets.

Hammond launched a £675m Future High Street Fund, which he claimed would “facilitate the redevelopment of under-used retail and commercial areas into residential and office properties”. The remainder of the £1.5bn came in the form of an estimated £900m in business rates relief for nearly 500,000 small businesses in England that have a rateable value of £51,000 or less. 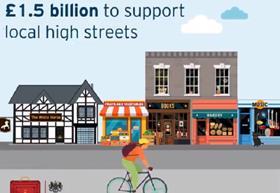 “While there’s some cause for cheer on funding for transformation and support for local authorities, the chancellor has fundamentally failed to deliver on the structural issues facing modern businesses, ducking the responsibility of fairly taxing online business and supporting the high streets and town centres at the heart of our communities,” says Cooke.

“Although the chancellor ruled out an online sales tax, this misses the point for retail. We believe he shouldn’t be so hasty to rule out such a move with this new-found recognition of the need to rebalance online contribution to taxes and public services. Further online taxation can help create significant business rates reductions for all physical retailers, bars, cafés and many others, whatever the size of their business.”

Cooke is also unimpressed with Hammond’s stance on business rates, noting that the support offered “does nothing to help larger retailers and occupiers – the likes of Debenhams or John Lewis – which employ thousands, pay huge rates bills and add great value to the communities in which they are situated compared with equivalent online retailers”.

Clearly, the shopping centre market is facing many challenges but for an investor buying at what appears to be the bottom of the market, or a local authority with a solid long-term plan to revitalise a town centre, there may still be room for optimism. And there is also an opportunity to focus on what the consumers in small towns really require – true convenience retail.

However, landlords trying to sell centres at anywhere near the level they have bought them for in the past two or three years could be disappointed. And for those hit by the multitude of CVAs and store closures, some quick decisions are needed on how to reconfigure centres to create a mixed-use estate and give themselves the best chance of survival.