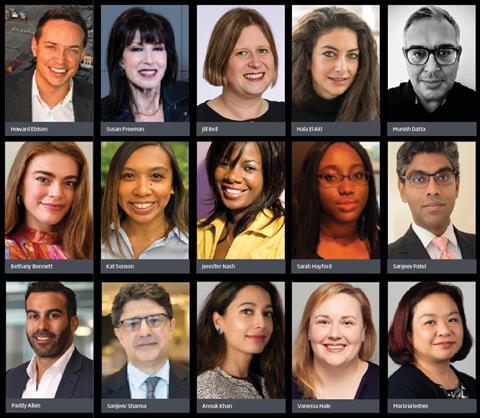 The Zoom meeting brought together 15 people from across the industry to discuss the strengths of Property Week’s editorial coverage, identify areas for improvement and give their input to its new Diversity & Inclusion Editorial Code of Conduct.

Kicking off the meeting, Property Week editor Liz Hamson highlighted some of the D&I initiatives undertaken by the editorial team, including its Open Plan campaign and Diversity Charter, in 2014 and 2015, and its commitment in 2019 to featuring at least 25% women columnists. Property Week has also led on issues such as social mobility, the gender pay gap, the Presidents Club scandal and lack of LGBTQ+ representation in the industry.

However, she said, the team had realised last year that a more proactive, joined-up approach was needed. “We’ve been talking about setting up something like this for a long time,” she said. “What accelerated the establishment of this board was a piece we wrote last year on the Black Lives Matter movement.”

The article had raised questions internally about the language used, range of opinions sought and variety of faces featured, she noted, adding that it had also highlighted the need to look outside the team for advice.

During the inspiring one-hour meeting, the board agreed that a more collaborative approach was required. Members talked about some of the important initiatives they are working on and suggested initiatives Property Week could undertake. One said the magazine should focus on reminding people in the industry “how undiverse they are”. Others highlighted the need to include younger people and the LGBTQ+ community in the conversation more.

One noted that Property Week could do more to highlight the diversity of its own team, pointing out there are few visual clues by way of picture bylines in the magazine.

It was sage, constructive advice and gratefully received. The board will meet again in three months’ time to discuss the progress of some of the exciting new initiatives discussed. In the meantime, watch this space.