Earlier this year, York was christened Britain’s ‘best place to live’ by The Sunday Times. The newspaper gushed about the city’s meandering river, its iconic minster, the period buildings and the sheer “romantic beauty” of the place. 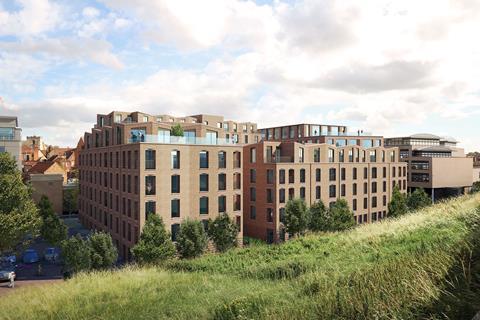 It may be a great place to live, but finding a house in York isn’t easy. There is a significant shortage of residential stock in the city, which boasts great rail connectivity north to Scotland and south to London, with new residential development held back in part by the city’s historic roots and lack of developable sites.

One property investor looking to change all that is Palace Capital, which focuses on opportunities mainly outside London. In 2013, the company bought a portfolio from Quintain that included Hudson House – a 1960s office building within York’s city walls and just a minute’s walk from the railway station.

The building, which was largely vacant when Palace bought it, had a net floor area of 103,000 sq ft on a two-acre site and was attracting rents of just £10/sq ft.

“We thought ‘how are we going to make money out of this building’?” recalls Richard Starr, executive director and head of property at Palace Capital. “We saw an opportunity to refurbish the office space and convert it to residential because residential values in York are much higher than people realise.”

So Palace sat down with the local council to explore what might be possible on the site. It was clear from the outset that the council wanted to retain some commercial use at Hudson House, with one eye on the business rates it would generate in the future.

However, as Starr points out, “2013 was not the time to be doing office development anywhere in the country – let alone speculatively in York”.

The company eventually managed to get consent to convert three of the building’s four sections into residential on the basis that it would retain the office space. In August 2017, it received planning permission to demolish the existing property and erect four new buildings comprising 127 apartments, 34,000 sq ft of offices and 5,000 sq ft of other commercial/restaurant space, plus car parking.

“We have a mantra in our office from [baseball film] Field of Dreams – ‘if you build it, they will come’”

Demolition got under way earlier this year and is expected to finish by September. Construction will start in 2019 with a view to completing the development by late 2020/early 2021.

At the moment Palace plans to sell the apartments, but Starr says the company is keeping its options open and hasn’t ruled out offering units on a rental basis, depending on what level rental values stand at. 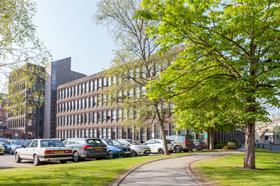 As for the commercial element, the office space has been designed so that it can be leased on a floor-by-floor basis, but sole occupancy is also possible and Starr thinks it will appeal to some companies as an HQ building.

In terms of values, he expects the office building and residential space to set new headline figures for the city. “We’re going to drive the York market both residentially and commercially,” says Starr.

“People have said to us that we have the best site in York and there is tremendous demand in the city at the moment [for residential and office space], but no new build. We have a mantra in our office from [baseball film] Field of Dreams– ‘if you build it, they will come’.”

Given the pent-up demand for space and York’s new-found exalted status as Britain’s best place to live, it sounds like Palace Capital has hit a home run with its bold vision for Hudson House.