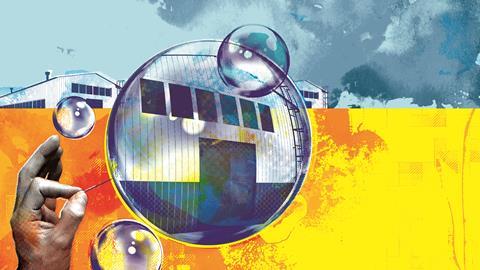 Is the industrial sector putting too much faith in ecommerce?

The debate over whether the industrial sector is in a bubble was reignited last week when Capital Economics released a note warning that the upswing in industrial rental values had “started to fade” and that the pace of capital value growth would “sharply slow” over the remainder of the year.

Its chief property economist Ed Stansfield added ominously: “There must be a concern that investors have factored in unrealistic expectations for industrial income growth in the future.”

That sounds like bubble territory. However, speak to many investors and developers in the sector and they say the same thing: the structural changes in the market created primarily by the growth of ecommerce mean the sector is not overvalued.

So are economists underestimating the impact of ecommerce on the market – or are investors overestimating it?

Stansfield doesn’t mince his words. Noting the current divergence between rental and capital values, he argues that if unrealistic rental growth has been factored in by investors, “industrial property may be particularly vulnerable to a shift in sentiment”.

The rental growth profile “looks uncannily similar” to that of the period between 1997 and 2002 when it slowed so sharply it actually went into negative territory.

Over the past year, the pace of capital value growth has accelerated from 4.5% year on year in May 2017 to 16.1% in May 2018 – the key driver being a sharp fall in yields from 5.4% to 4.7%. Stansfield puts this down to investors’ appetite in the sector and their willingness to “bid down yields aggressively”.

A turning point has therefore been reached in rental growth, he says, pointing out that rents rose by just 1% in the three months to May 2018, compared with 1.5% in the final quarter of 2017. Stansfield says the rental growth profile “looks uncannily similar” to that of the period between 1997 and 2002 when it slowed so sharply it actually went into negative territory.

“Admittedly, the tailwinds now benefiting the sector are something new,” he adds. “But experience suggests that it is easy to overstate the impact that such changes ultimately have.”

However, Bill Page, head of business space research at Legal & General, says the structural changes in the market should not be ignored.

“Industrial yields in the context of their own history are not that relevant,” he states. “What has driven rental value growth? Ecommerce has underpinned rental growth in both small and big sheds. The pace of growth in ecommerce might decelerate but it’s still growing and is a significant part of retail volumes.”

Page says the fundamentals support his view that the industrial sector is not overvalued, noting that lease lengths in the industrial market are trending upwards while they are falling in both the retail and office sectors.

Quality of income is also stronger and default risk has reduced. “The sector isn’t immune to the stresses of the retail sector,” Page says. “But there is a lot of demand out there for space. Every retailer needs logistics to back up their store operation and then there are online retailers and third-party logistics.” 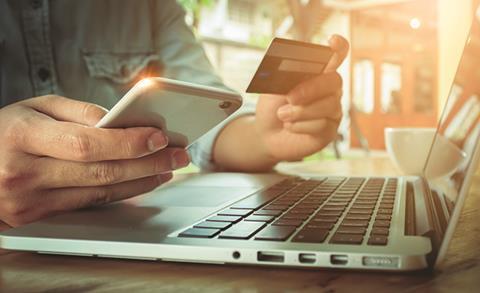 Ecommerce has driven a huge rise in demand for retail warehouses

Savills’ head of industrial research Kevin Mofid adds that the highly granular factors that influence rental growth such as supply levels, current and future demand, development pipelines and land supply are all in its favour.

“Occupier demand remains strong and in the first half of this year was 33% above the long-term average. Also supply has actually fallen at a nationwide level and vacancy rates will get worse before they get better, which should mean many markets continue to see sustained rental growth.”

Whether the structural changes taking place in the industrial sector are really so unprecedented that economists must rip up their historical charts and start again remains to be seen.