7
The global market in minutes
News

The global market in minutes 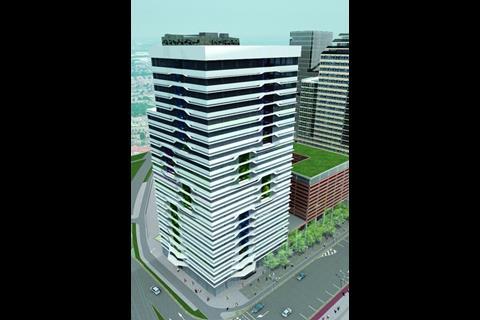 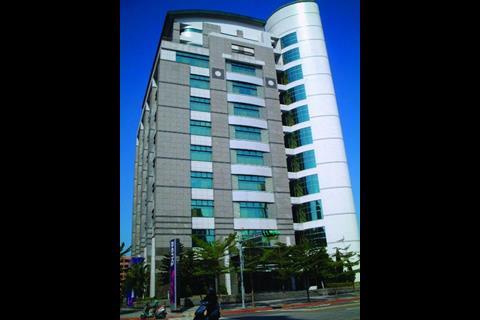 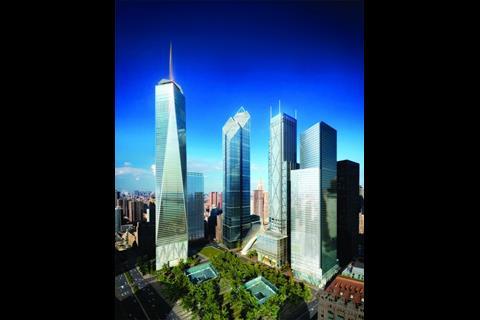 Look to the sky: New York’s Freedom Tower will have 82 storeys

Claer Barrett brings you news from across the world’s markets

Scheduled for completion in 2009, the 24,465 sq m (263,349 sq ft) scheme is in the Zuidas submarket, and was sold with a three-year rental guarantee. In December, the fund purchased the De Haagsche Zwaan office tower in the Hague, which is due to be finished in 2009.

DTZ head of research Joe Valente predicts that the good times in central London’s investment and occupational markets will soon be over.

‘The real story in central London is happening now,’ he says. ‘By the end of this year, the story’s over. The levels of yield being transacted are motivated by wealth preservation and diversification, not necessarily internal rates of return. There will be a reduction in rental growth driven by an increase of available stock in the City.’

France: Henderson to explore the provinces

Henderson Global Investors is expanding in the French market. ‘Provincial markets are a hotspot to be exploited,’ says head of property investment Chris Linney. ‘In the last couple of years there has been a trend of businesses moving out of Paris for cost savings.

‘Nantes and Bordeaux are the two highest areas of outflow, and Marseille has attracted insurance companies and banks. We are seriously looking at opportunities in Bordeaux.’

Office investments are the priority. ‘We’d like to do retail, but the planning regulations are very tight,’ says Linney.

The Carlyle Group has boosted its Danish investment portfolio to €885m (£595m) with the purchase of the headquarters of TDC, a 49,100 sq m (528,512 sq ft) office block in downtown Copenhagen, from Danish pension fund KTAS.

Next to Norreport station, the 19 separate office properties are let to TDC, which intends to vacate in April 2009. Carlyle will undertake a significant refurbishment.

Invesco’s Spanish acquisitions have broken the €200m barrier since its €13m (£8.7m) acquisition of a warehouse in Loeches, 30 km west of Madrid, on behalf of one of its managed German funds.

The 12-year sale and leaseback reflects a yield of 6.1%, and is the 16th Spanish property to be bought by Invesco’s Madrid office.

CB Richard Ellis has been instructed to manage the new Megliadino shopping centre in Padova on behalf of developer Gruppo Polis. The 25,000 sq m (269,100 sq ft) centre is anchored by Bennet Hypermarket, Echos and Bernardi.

Phoenix is involved in seven Indian retail developments totalling (15m sq ft) 1.39m sq mfollowing its April merger with Ashok Ruia Enterprises. The final phase of retail and hotel space at its flagship scheme, Phoenix Mills in Lower Parel, Mumbai, is due to be to completed by 2010.

‘We are looking at how we might gain access to Vietnam, and have a desire for a local office,’ he told delegates at Property Week’s London Real Estate Capital of the World? conference last month. ‘Sourcing an associate in a small and opaque market is the biggest difficulty.’

Prupim already has a presence in Singapore, and Moore said he was also interested in Taiwan.

The City is seeing evidence of Chinese companies establishing a presence in the London office market.

‘We are beginning to see the seed bed of Chinese companies on the occupational side in London,’ says Neil Prime, head of office agency at Jones Lang LaSalle. ‘The Bank of China has traditionally been an incubator for companies that come over to London, and we expect more requirements to spin out.’

Savills has advised on the largest-ever real estate investment transaction in Taipei.

The retail and office complex in Kowloon is expected to raise $400m (£195m) at its initial public offering. Swire’s buyout of former partner Citic Pacific’s 50% share of the asset for HK$6bn (£275m) last year was Hong Kong’s biggest-ever property deal.

The Beijing-based developer, part-owned by the Chinese government, is being advised by Jones Lang Lasalle’s New York office.

‘The first preference in New York is the top of the Freedom Tower,’ says Peter Riguardi, regional vice-president of the office. The multi-use requirement will include ‘a very high-end business club’ for Western and Chinese members, a conference centre, offices and large event space which will be open to the public.

The requirement had previously been linked to Larry Silverstein’s World Trade Center development and 195 Broadway, although both deals fell through. Currently under construction, the Freedom Tower is expected to be completed in 2011.

Henderson France has appointed Jérôme Sebaux as head of property finance. He will be responsible for the financial management of funds based in Henderson’s Paris office. Henderson will also hire two asset managers before the end of the year. Sebaux qualified at the Institut Supérieur du Commerce and was previously a fund controller at ING Real Estate Investment Management France.

Wurttemberger Hypo’s six-strong property lending team, led by Adam Slater, has announced it has ‘terminated its agreements’ with parent Hypo Real Estate Bank International. Slater’s team originated most of Wurttemberger Hypo’s UK and Irish loan portfolio over the past five years, as well as loans in wider Europe and the US to real estate investors and developers.

Quinlan Private Golub has appointed Izabella Woszczyna as a retail negotiator on its retail projects across central and eastern Europe. Her main role will be the leasing of Galeria Podlaska, a shopping mall in Bialystok, Poland. She previously worked at real estate consultancy Ober-Haus.

Do you have an appointment story? Email cbarrett@cmpi.biz