Logistics property markets across continental Europe look similar to the UK market in many ways. They have seen take-up rise and vacancy rates fall.

However, according to Kevin Mofid, industrial research director at Savills, many European markets have yet to experience the inflection point witnessed in the UK when the shortage of stock became so acute that occupier demand for secondary property surged and development took off.

“This point was reached in the UK in 2012 when online retail accounted for 11% of total retail sales and most European markets are yet to hit that,” says Mofid.

Indeed, the current EU average is 8.8% of online sales with some countries, such as Poland, at just 4.3%. “However, this is set to rise dramatically,” says Mofid. “Business consultancy Forrester is forecasting that online retail across Europe will account for 14% of total retail sales by 2022. Furthermore, research from Prologis estimates that each €1bn of additional online sales will generate around 770,000 sq ft of new logistics demand. This translates into an additional 150m sq ft of warehouse space being required in Europe over the next five years alone.”

Savills tracks occupier take-up across the UK, Ireland, Spain, the Netherlands, the Czech Republic and Poland. Take-up has risen by an average of 53% in these countries, taking the three-year rolling average to a 10-year high across Europe.

“The surge in demand has seen development markets struggle to keep pace, with supply falling in many cases and vacancy rates dropping to below 10%,” Mofid says.

The UK has seen a record level of speculative development announcements in 2018, yet vacancy rates remain low at 6%. In Dublin, vacancy rates are even lower at just 3.2%. Elsewhere, in the Netherlands supply has decreased by 19% in just three years to 25.6m sq ft, reflecting a vacancy rate of 7.8%, down from 11.3% in 2013. 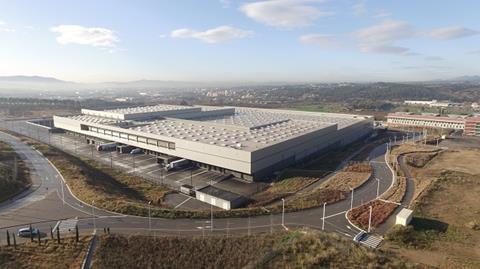 In the Czech Republic, the supply of grade-A buildings has been slightly more volatile. It has recovered from lows of 2.1m sq ft in 2010 and now stands at 4m sq ft. However, this is 21% lower than the long-term average of 5.09m sq ft.

In Spain, certain sub markets have seen vacancy decrease, with Barcelona seeing a vacancy rate of just 2% based upon a supply level of 1.21m sq ft.

Just like in the UK, a number of markets in Europe are crying out for more industrial and logistics space. 9