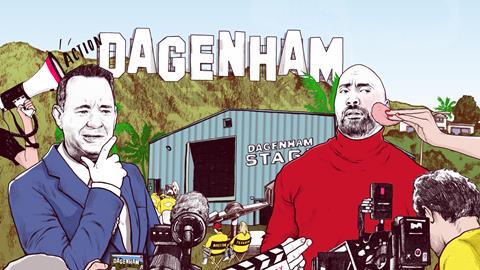 Hollywood, Cinecittà, Bollywood – and Dagenham… as unlikely a juxtaposition as this may sound, if things go to plan within the next 10 years, the east London town will boast film studio facilities to rival anything else found at iconic studios around the world.

The details of the Dagenham scheme, which is being brought forward by Be First, a regeneration company owned by Barking and Dagenham Council, are still being finalised. But the 18-acre site is capable of hosting a couple of 20,000 sq ft to 25,000 sq ft sheds for filming purposes in addition to a series of buildings needed to house the likes of costume and prop stores and set-makers.

Even though this proposal is significant, it will not be enough to sate the appetite of the global TV and film industry. The long-standing Hollywood film studios continue to thrive and they have been joined by online content providers, such as Amazon and Netflix, running big-budget productions.

This means that globally there is a shortage of studio space. The issue is particularly acute in the UK and even more so in London, which, according to Christopher Berry, head of media at Lambert Smith Hampton (LSH), is “creaking at the bones”.

Based on the company’s calculations, to meet the current demand for UK film and what he describes as “high-end” TV production space required by the likes of Netflix, land equivalent to 100 football pitches is needed to host the 1.9m sq ft of studio space required by 2032.

So what are the chances of this much-needed studio space being delivered? And in the meantime, what are the options available to TV and film production companies that want to film on UK soil?

The UK has a rich cinematic history stretching back more than 100 years. Today, some of the finest and most highly skilled technical film workers are based in the UK, which is why many Hollywood blockbusters such as the Star Wars series are shot in the country.

In recent years, film-makers working on tighter budgets have scoped out locations in places such as eastern Europe, where studio space is cheaper. But for blockbuster movies filled with a host of Hollywood stars the numbers simply don’t stack up. 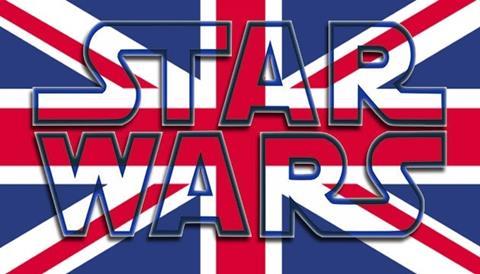 “When an American studio films somewhere like Budapest, a normal big blockbuster film will employ 600 people and all 600 will be shipped from the US,” says Berry. “The labour cost of that blows any property saving out of the water within months.”

Hence why the UK – and London and the South East in particular – is a hotbed of film production. The problem is that there are only three studios that are large enough to make big-budget Hollywood movies: Warner Bros Studios Leavesden, Shepperton Studios – part of the Pinewood Group – and Pinewood Studios, a significant chunk of which has been leased by Disney.

“There are quite a lot of smaller studios like Twickenham and Ealing, but they’re not going after big Hollywood films because they’re not big enough,” says Berry. “You need to have at least two 20,000 sq ft to 25,000 sq ft sheds because when they film they tend to film concurrently to make best economies of having all the talent and staff there.”

Options are being explored to boost the amount of studio space in the UK. In June, Pinewood Group announced it had started a consultation with the local authority and stakeholders on plans to improve the existing facilities at Shepperton Studios and expand on to adjacent land, where it hopes to create new sound stages, offices, workshops and backlots. The group also intends to expand Pinewood Studios. 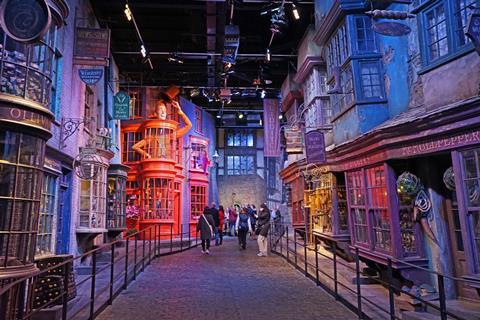 Leavesden Studios near Watford is the home of Harry Potter

Elsewhere in the UK, plans for a major new studio on the Pentland Hills outside Edinburgh hit a snag in October when a court ruled a tenant farmer could not be removed from the 100-acre site.

There is also a proposed studio site at Purfleet in Essex that has been in the pipeline for a number of years and there is the Dagenham scheme. Then in Liverpool, Twickenham Studios plans to create film and TV studio space at the art deco Littlewoods building.

These schemes all have local authority backing – the Pentland plans were described by the Scottish government in 2017 as being of “national importance” – owing to the economic benefits projects of this scale deliver.

“Local authorities are desperate to have studios in their boroughs because of all the positives they bring,” says Berry. “The creative industries have been identified as a Brexit-proof employment type and a huge growth area.”

Berry adds that he is overseeing a number of “active requirements” for studio space, but the problem remains that projects of this type are incredibly difficult to fund.

“Production teams pay premium rents, but they only take it [the studio] for the length of time it [the TV series] has been commissioned for. So if they’re just filming one series – even if it’s planned to be a five-series production – they will only take a one-year lease or a nine-month lease and it’s the same with a film. So the traditional property model of having a pre-let, and building to the pre-let, doesn’t work.”

As a result of the lack of space, film and TV companies are having to resort to finding ‘meanwhile space’ where they can shoot their productions. Berry explains that they will typically find a big new industrial space that has not yet come on to the market and pay a premium rent on it. Or they will find a shed waiting to be redeveloped that will be converted to make it fit for purpose and used for a year or so.

“It’s quite common that you will have some scabby industrial unit of some sort and a production will take it and bring it up to a standard where you can film and what was going to be knocked down and rebuilt actually becomes a studio in its own right because it’s so cash productive,” says Berry.

He adds that there are countless examples of this occurring, citing Neasden Studios in north London, a former carpet warehouse used for the set of ITV’s Mr Selfridge. There are plenty of examples of buildings that have been repurposed for filming use as well, such as 3 Mills Studios in east London, which used to be a distillery, and in Yorkshire an old RAF aircraft hangar was used for the production of hit TV series Victoria. 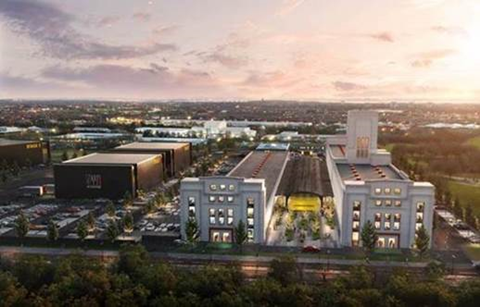 The proposed ‘Littlewoods Studios’ will convert the former home of the Football Pools two new 20,000 sq ft sound stages as well as workshops, wardrobe and prop storage and offices

“The industry is having to make do with whatever it can find at the moment, but this means that some productions are not coming to the UK because we’re at capacity, so we are directly losing out,” says Berry.

Part of the problem currently is that because the industrial market is so hot – particularly for logistics space – landowners are capitalising on the sector’s high values. It is a similar situation with residential land values, particularly in the South East, which further limits the supply of suitable studio stock.

Berry accepts there is a risk associated with developing studio space rather than having a couple of sheds for logistics occupiers. However, he says landlords can achieve sizeable rents for the former.

According to LSH’s research paper, Sites, Camera, Action, which was published earlier this year and which takes an in-depth look at the UK film and TV studio property market, at the top of the market high-end studios in Greater London could charge as much as £5,000 to £10,000 for a day’s filming in a 5,000 sq ft studio.

The report adds that the property requirements of a blockbuster film – which would be looking for studio space of circa 20,000 sq ft – might cost £25,000 to £30,000 a week and even former warehousing space converted for filming use can achieve as much as £25/sq ft to £30/sq ft.

One solution mooted by Berry is for one of the big industrial funds to set up a specific finance vehicle targeting this sector “because it’s so close to industrial that if it does go wrong you can still let the space out as sheds”. 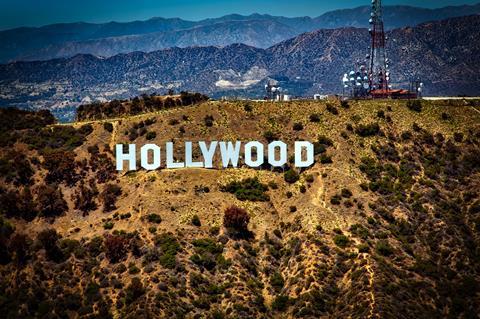 Can the UK establish sites to rival Hollywood?

Regardless of the solution, something needs to happen soon, because the TV and film industry has become a vital contributor to the UK economy.

“Everyone knows inward investment from film and TV [production] is a massive positive for the UK, but we have this issue around the lack of studio space,” says Berry. “There are plenty of people in government trying to unlock it and they are doing their own research looking at what they can do to help promote this and help people to develop [new studio space].”

Nonetheless, action is needed quickly because unless more studio space is brought forward soon, a world-leading UK sector risks losing out to other locations.