In early summer last year, the Royal Institution of Chartered Surveyors published its commercial property survey covering the second quarter of the year. It made for grim reading for most of the industry. 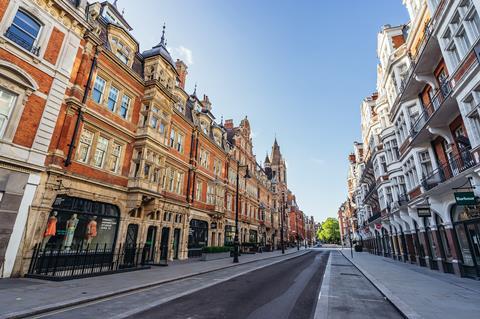 “The survey results predictably point to a further deterioration in conditions over the quarter, as the economic fallout from the global pandemic continues to take its toll on demand across both the occupier and investment sides of the market,” the report said.

“In terms of occupier demand, a net balance of 55% of respondents reported a decline during Q2, down from an already negative reading of 22% previously. What’s more, each sector covered in the survey saw a fall, albeit the decline in tenant demand was most pronounced for retail and office space, posting net balances of 86% and 79% respectively.”

So, nearly a year on from that report, what impact has the pandemic had on the property industry? How has it responded? And what role can tax efficiency play in supporting the recovery?

For Zoe Thomas, partner and head of real estate tax at Smith & Williamson, the market had barely had time to respond to the UK’s formal leaving of the European Union when Covid-19 reared its head. “At roughly pretty much the same time as we were going through the Brexit struggles, with people holding off on making acquisitions because of uncertainty, we also then entered into the pandemic, so it made everything so much harder,” she says.

Following the start of the pandemic, many funds and other property owners took stock of their portfolios. And while most had already rebalanced to take account of the poor state of the high street, they could not have anticipated quite how much damage Covid-19 would do to retail nor how quickly it would happen.

“Unfortunately, we’ve seen a number of real estate investment funds, who thought they were future-proofed because they had a spread between commercial and residential, start to feel the squeeze as a result of the pandemic,” says Thomas.

As a result, some companies quickly looked to offload assets that they saw as liabilities, including some retail properties that just a few years ago would have been regarded as trophy buildings. “Some of them are starting to sell the ‘family silver’ to raise cash to fund their developments over the next two to three years,” says Thomas.

Of course, it should be noted that not every sector was hit as hard as retail – or leisure and hospitality for that matter. Perhaps most notably, logistics has enjoyed a boom time as a result of the huge increase in the use of online retailers. As a result, developers and landlords in the sector have been able to trade successfully.

As long as you’re adapting to the new environment, you will survive

“From a business perspective, I would like to think we have performed well throughout the pandemic,” says Richard Whitby, chief financial officer at logistics developer Firethorn Trust. “[Last year] was a good year for us, expanding our team and adding four development projects to our logistics strategy. For the real estate market in general, the impacts of Covid-19 vary wildly based on your sector exposure.”

It has not been all positive, however. Whitby says the surge in interest in logistics means that competition for sites has increased markedly. “One of the biggest impacts for our business has actually been adapting to the surge of competition trying to get into the industrial and logistics sector,” he says.

“Everyone wants to increase allocation in this sector almost without exception. For those of us on the development side, it means land prices are on a continuous upward curve and we are having to adapt to how we approach bidding for sites and how we underwrite [acquisitions].”

In general, although the past year has been very difficult for the property industry, it has been remarkable how creative some have been in pushing ahead regardless. Thomas reports that many of her clients have responded to the crisis by repurposing assets, for instance from retail to residential.

“One of my clients has bought a number of vacant retails stores to redevelop them into residential,” she says. “It’s something I’ve seen more frequently over the past year, influenced by Covid. This is also something larger retailers are starting to do for themselves. We’ve all seen in the press that John Lewis is venturing into social housing by looking to convert a number of its stores into residential.” 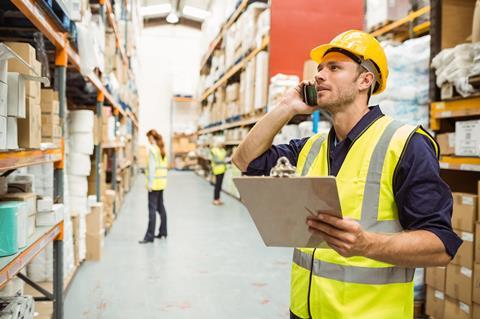 She adds: “It is very different from where we were a year ago. In order to be able to survive, the market has learned to adapt and be flexible. It’s Darwinian; as long as you’re changing and adapting to the new environment, you will survive. It just won’t be in the same form that we all knew well.”

Then there is the problem of how individual assets can be made relevant again. Offices are a good example. At present, it is not clear to what extent people will return to the office once the government’s instruction to ‘work from home if you can’ is relaxed. Some companies have said they will move to remote working, while others have said they want everyone back in the office as soon as possible. Most, however, appear to be moving to a hybrid model, whereby people work from home for two or three days a week.

“The office may still be a place that people want to visit, but is it going to need to change?” asks Thomas. “What will we use the office for? Is it actually the case that you go in and have meetings, you go in and take clients into it, rather than everyone sitting at a desk, answering phones and answering emails? That’s probably not going to be the reason to go into an office anymore.”

“Many people are thoroughly sick of working at home, especially if they don’t have the luxury of a dedicated office,” he says. “As a result, some of my clients are betting that there will be demand for flexible office schemes based in town or neighbourhood centres — somewhere people can stroll or cycle to from their homes.”

And that, of course, will have a knock-on impact on other property types. “It may seem almost improper to try to find an upside to the pandemic, but as the vaccination programme gets rolled out and people begin to venture out again, it seems likely that the added demand for local offices will also provide a shot in the arm for other local businesses, such as cafés and coffee shops,” says Webb.

As a result of all this, many occupiers and landlords alike are looking to refurbish their properties – and redesign properties under development – to make them fit for the new reality. And that involves thinking about how to operate tax efficiently in a slightly different way. “It means they have to look at different tax implications, such as whether they claim capital allowances when they’re changing the layout of the properties,” says Thomas.

Capital allowances apply to items such heating and cooling systems and air conditioning units. The latter especially are likely to be a source of interest at the moment as landlords and occupiers seek to improve air quality and circulation in their spaces. However, several studies have shown that companies either overlook capital allowances entirely or do not understand which items they apply to. According to Thomas, the same is true of tax reliefs relating to research and development (R&D).

What tax relief is available?” she says. “Is there the ability to claim R&D in terms of how they are building the new site? They need to consider if they are doing any new innovative projects or designing solutions in order to be able to be more environmentally sustainable, for example.

“Many of my clients don’t believe they’re actually carrying out qualifying R&D activities; similarly, with capital allowances, especially now with the introduction of the ‘super deduction’ in the 2021 Budget. Now, more than ever, it’s important to revisit what expenditure qualifies for R&D or capital allowances; where we’ve carried out reviews of expenditure we’ve typically identified significant amounts that has gone unclaimed.”

Identifying the right structure for funds’ changing portfolios will also be important. “It may not be that people want to get rid of their city-centre holdings entirely, but they seem to want to diversify their portfolios to take account of everything that has happened in the past year and how that will impact on the future,” says Webb.

“Clients are starting to think about how their holdings should be structured and what that means for their tax position. For instance, businesses now primarily focused on city-centre offices will have management teams that are particular adept at running and optimising revenue from such properties – but are those the right people to manage, say, a portfolio of suburban coffee shops? Almost certainly not.”

The primary goal has to be to ensure that businesses are structured in such a way as to be as operationally efficient as possible, which in many cases will mean splitting assets between different vehicles. “But in so doing, those companies also need to operate as efficiently as possible from a tax perspective, whether that relates to corporate gains, VAT or SDLT,” says Webb. “And that is where I come in.”

So, Covid-19 may have hit the industry hard, but even while restrictions remain in place it is clear that companies are finding ways to keep the show on the road. The world may not be the same when we emerge from the pandemic, but canny investors will adapt, as they already are.