Spurred on by the boom in online orders and the dash for space by retailers upping their inventories, the industrial and logistics sector has enjoyed unparalleled growth over the past 18 months. Record levels of take-up have been recorded with one household name dominating activity: Amazon. 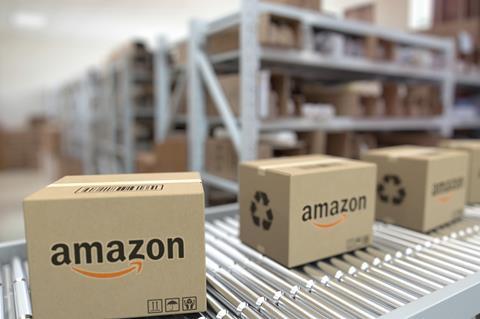 Data from Savills shared exclusively with Property Week shows the online retailer inked 18 letting deals between the beginning of this year and 19 July, accounting for 17% of the 106 deals signed so far this year in the entire industrial market.

But it’s not just leasing activity that Amazon is at the forefront of – it’s also fuelling activity in the industrial and logistics investment market.

And last September, Panattoni pre-sold a 2.3m sq ft warehouse leased to the online retailer at Symmetry Park in Swindon to Legal & General Investment Managers (LGIM) for more than £200m in the UK’s largest single-warehouse deal.

“For investors, on a 15-year lease an Amazon tenancy is worth 0.25% more than any other tenant, such is the clamour to hold Amazon,” says Tom Scott, business space director at Savills. “As soon as it expresses an interest, other occupiers will be dropped.”

With the online retailer rapidly expanding its footprint across the UK so that it can service its growing customer base, this presents an opportunity for investors who are also looking beyond the traditional hotspots of London and the ‘golden triangle’ near Birmingham to areas around Manchester, the North East, the A14 corridor and Wales.

London is looking expensive, so we expect the focus to shift to regional cities and towns

Investment hotspots include the North East, which has a strong labour pool that is attractive to potential occupiers.

“Increasingly, labour is a key consideration influencing larger footloose companies and their locational decisions,” says Andrew Bird, managing director of Tilstone Partners, investment adviser for Warehouse REIT. “For this reason, we have witnessed Amazon taking space in the North East market and others will follow.”

One investor that is actively considering new regions of the UK is REIT Stenprop. Managing director Julian Carey says that the principal driver of occupier demand is the evolution of ecommerce, with rival firms vying to offer sub-one-hour delivery in urban locations.

“There is growing demand for smaller industrial units in towns and cities, which is exactly the kind of stock that is hardest to build due to the lack of available land and prevalence of high-value competing uses,” says Carey. “Therefore, we believe that the fundamentals of small-unit, multi-let industrial estates in densely populated areas offer the best prospects for growth in the future.

“London is looking expensive, so we expect the focus to shift to regional cities and towns where rents are often less than 25% compared with their London equivalents. The main factor driving industrial demand growth is ecommerce, which has had a significant impact on tenants seeking industrial space of all sizes.” 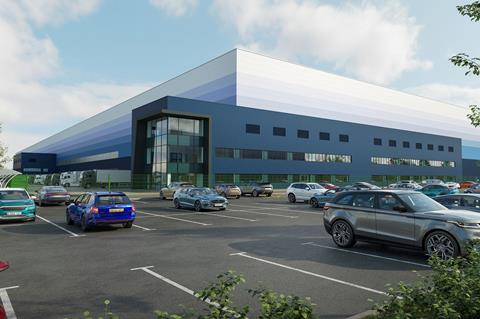 Mammoth 602: GLP Group‘s speculative development of a 602,000 sq ft logistics warehouse near the M18 in Doncaster

Another ecommerce investment hotspot is Manchester, whose traffic-clogged roads mean that retailers who rely on speedy delivery times need space closer to the core. Savills’ Scott adds: “Manchester always seems to have a bit of a buzz about it, with Chinese investors interested.”

Yorkshire is also attracting its fair share of industrial and logistics investment activity. InfraRed Capital Partners is working with Savills to acquire speculatively developed buildings in Yorkshire and CBRE Global Investors has invested in Leeds.

However, there is a problem looming large on the horizon that could stymie investment activity in the regions - namely a significant shortage of stock, both in terms of stock that landlords are willing to sell and also new-build stock that might be churned. In some parts of the UK the supply shortage is more acute than in other areas.

“The North West is experiencing its lowest vacancy rate on record and a number of large-scale development sites have been held up by the secretary of state delaying the delivery of much-needed stock in all size brackets across the region,” says John Sullivan, director in the industrial and logistics team at Colliers Manchester.

“Some of the sites being held back are now being given the green light in terms of planning, but delivery of these sites is two years away, and with little existing stock coming back to the market, it has only driven rents and land values upwards.”

In terms of space shortages, Yorkshire and the Humber vies with Manchester for the most affected region, with almost no wriggle room in terms of vacancy.

Based on historic take-up levels, they could run out of space in Yorkshire by the end of September

Scott says that in theory, space will ‘run out’ by the end of autumn if current trends persist. “Based on historic take-up levels, they could run out of space in Yorkshire by the end of September. If you are a tenant with a requirement in that market, that’s a quite a frightening statistic,” he adds.

Robert Whatmuff, director in the industrial and logistics team at Colliers Leeds, agrees. “There is a shortage generally across the UK, but from a Yorkshire and North East perspective, there isn’t currently a single modern distribution unit over 100,000 sq ft available.

“New speculative buildings are in the pipeline and on site; the well-established iPort at Doncaster, for example, has started on its next phase of development with four speculative units ranging from 115,000 sq ft up to 260,000 sq ft, the first building of which will be ready by the end of this year.”

The space squeeze has affected rents. Yorkshire and the Humber has among the highest forecast rental growth rates at 6%; the eastern region is predicted to rise by 6.4%; and the North West is showing 5.6% growth.

Yet despite the promising development pipelines, those schemes may take time to feed through to the market. Property Week reported last month that space due to be completed in 2021 fell by almost 10% year on year.

Stenprop’s Carey notes that arguably not enough investors have made the leap into the logistics space and are prepared to forward-fund schemes.

“We see little to no development of MLI [multi-let industrial] estates in and around towns and cities in the UK,” says Carey. “Other than minor infill schemes, supply is highly constrained, and the situation is exacerbated by the repurposing of industrial space for residential uses.

“We see this situation continuing into the long term as land availability is extremely restricted and build costs remain higher than investment values.”

Scott says the delay in investing in regions could be linked to previous boom-and-bust cycles. He adds that the memory of the financial crisis is still fresh in many investors’ minds when it comes to taking the plunge, particularly in Yorkshire.

“Some of the big funders got badly burned in Yorkshire back in 2007 and 2008 with buildings that wouldn’t let for three years,” he says. “Some of the big investors are, however, changing their minds on regional development, certainly in terms of cities. For six years, I’ve been trying to convince people to speculatively develop in Yorkshire.”

Investors may be reluctant to take a speculative punt on investing in some areas at the moment, but where Amazon leads investors follow. And as the online retailer continues to expand its network of UK sites, it could help to unlock much needed development and investment activity in some regional markets in the coming months.