Multi-lets: the race for space

“It was the best of times; it was the worst of times” – this is becoming an increasingly apt description of how the income performance of retail, office and industrial property is diverging.

I cannot remember a time when the disparity has been so acute. The current woes in the retail market have been well documented by the media, as have the positive structural factors supporting industrial and logistics. However, the picture is far less cut and dry. In reality, some poor-quality industrial estates struggle to attract tenants – although these are reducing almost daily – and at the same time some retail schemes have tenant waiting lists.

For multi-let industrial, the performance trend is still very much upward.

Find out more - Industrial & Logistics Census: logistics gets the thumbs-up

There has been a structural shift in the UK multi-let industrial market, driven by increasing demand and in many areas falling supply that is enabling long-term (not just cyclical) rental growth. Demand is largely due to the seismic shift to online shopping, with estimates that three times the space is needed for online than for traditional retail. Furthermore, traditional demand is still there and has been accelerated by a weakened sterling supporting the manufacturing sector despite Brexit.

When you look at our portfolio, which at 34.5m sq ft is as good a data pool as you’ll get, rental growth has been reaching levels of more than 7% a year on completed transactions in the past 12 months. When you break this down further and consider sub-10,000 sq ft units, this grows to more than 9% a year.

More surprisingly, we are seeing stronger pockets of rental growth in areas such as south-west Wales, North East traditional manufacturing areas, M60 towns and even parts of Scotland, which indicate that the regions, where rents are coming off a relatively low base, could begin to outperform the South East. 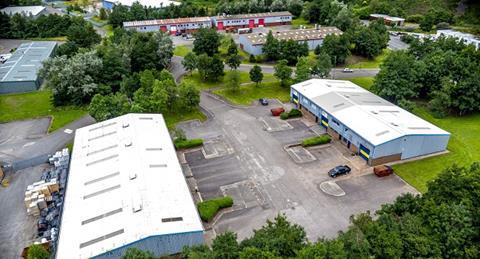 Across most of the country, for the first time in decades it is now a landlord’s market. The practice of fake searches continues to put pressure on landlords to grant submarket rents but is no longer effective as tenants quickly realise space is at a premium.

Despite this rental growth, one of the strengths of the multi-let industrial market is its relative affordability. In our sample data set, the average unit size is 6,889 sq ft and the average rent is £39,500 a year. Therefore, for an average tenant, if rental growth is 8% to 10% a year, that is still only growth of around £3,600 a year; it remains affordable even for small businesses and is also comparatively low compared with almost all other sectors.

Looking to the future, historic rates should be considered but not used as a cap on rents. We expect the rate of rental growth to slow but we still expect to see upward growth of 5% a year for the next few years as the supply of space in the most desirable locations reduces further. Our data shows that rents could double in the most supply-constrained areas, with the £40/sq ft barrier being reached in London by 2020 despite efforts by the GLA to protect the dwindling supply.

We also predict a convergence, in the medium term, between the growth in demand for logistics space and the increased availability of traditional retail warehouse space, as the need to accommodate last-mile delivery on the edge of large conurbations close to major road networks with large site cover will become even more appealing.

The race for multi-let industrial space is set to continue.