International investor BentallGreenOak (BGO) made its UK debut in 2019 with its forward-funding of 611,000 sq ft of warehouse space in Peterborough and has not let up since, snapping up a 2.1m sq ft portfolio from Thor Equities Group and Morgan Stanley Real Estate Investing earlier this year, and partnering with Equation on a £100m scheme in Bristol, to name but two of the investor’s high-profile UK shed deals. 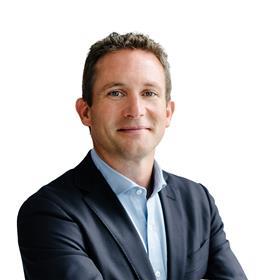 Despite the level of competition it now faces in what is arguably the hottest sector in property thanks to the pandemic, the company is not done yet, says Toby Phelps, managing partner and head of European equity at BGO. Property Week caught up with Phelps to find out why the company is so bullish about the sector and what its next move will be.

BGO’s UK industrial debut may have been just two years ago, making it a relative latecomer to the UK industrial market, but it is by no means new to the market as a whole. The company had been active in the European warehousing market for years before it finally decided to join the UK party. Phelps says BGO initially thought about investing in British sheds back in 2016, but Brexit threw a spanner in the works.

After the referendum, it adopted a wait-and-see approach before finally investing in a UK warehouse scheme in 2019 in a deal that was very much a vote of confidence in the UK’s post-Brexit status. BGO opted to finance two warehouses at Peterborough Gateway logistics park, near the UK’s busiest trading port at Felixstowe. The opportunity came about after the original deal the developer had with a UK institution fell through around January 2019 due to market uncertainty caused by Brexit. BGO promptly swooped in and forward-funded the scheme instead.

Phelps did not believe at the time that Brexit would be as disastrous as others did. “Brexit just caused us to pause. But I don’t think we ever believed it was going to be Armageddon or anything like that,” recalls Phelps, adding that the Peterborough Gateway deal was the catalyst for the company’s expansion into the UK warehousing market.

“We said to ourselves: ‘We like this transaction; let’s look actively at doing more.’ Plus, we added to the team, and that experience we added helped as well.”

BGO doubled down on Felixstowe when it bought Orwell Logistics Park near the port in January this year along with development partner Equation Properties. The pair have since snapped up Tesco’s 60-acre landholding in Bristol, with plans to develop a logistics scheme with a gross development value of £100m. And in May, the partners bought a five-acre site in Essex with plans for a BREEAM ‘Excellent’-certified warehouse development.

What attracted BGO to Equation is the developer’s access to the market. “In the European market, we can find very good value by acquiring sites with planning and just directly contracting with a builder to build assets,” explains Phelps. “We don’t really have a need for development partners. That may change over time, though.

“The difference between that [the European market] and the UK is the level of sophistication in the market. There are a broader number of players in the UK covering what is therefore a smaller market, making access to the market a little trickier. And so, what Equation brings us – and it has been fantastic in this – is access to deal flow that’s off-market.”

Brexit just caused us to pause. But I don’t think we ever believed it was going to be Armageddon or anything like that

BGO has formed other partnerships, too. It’s debt arm financed Ergo Real Estate’s plans to build a £100m shed portfolio over the next 12 months with a £60m debt facility. Phelps says there is nothing stopping the company teaming up with another development partner in the UK industrial sector – either on the equity or the debt side of the business.

The company is not afraid to buy completed assets on its own, either. By far the biggest investment the company has made in the British industrial and logistics sector so far is its acquisition of a 2.1m sq ft portfolio from Thor Equities Group and Morgan Stanley Real Estate Investing for a reported figure of around £303m earlier this year.

It was a shrewd move in one sense. The only unoccupied asset in the portfolio, the 411,000sq ft MP411 warehouse at Magna Park, Lutterworth, recently went under offer to Amazon – as revealed by Property Week in May. However, BGO arguably bought the portfolio too late. When Thor Equities Group and Morgan Stanley Real Estate Investing bought the portfolio in late 2019, they paid £241m. 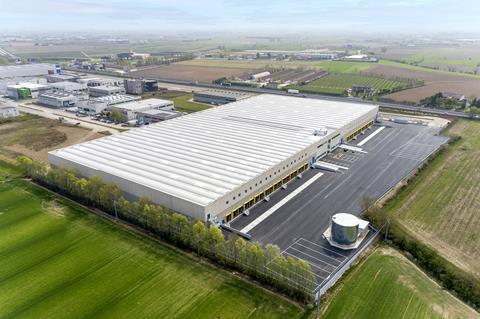 European player: BGO’s warehouse in Verona,Italy, is among its continental assets

Was it a missed opportunity not to buy the portfolio in 2019 when Thor and Morgan Stanley did? “There’s no point looking backwards,” says Phelps. “We could all beat ourselves up over things we should have done and should not have done over history.”

“I’m not going to get drawn into who did this, that and the other. We were very comfortable when we bought that portfolio that the future return prospects were appropriate for the risks we were taking on.”

The sheds market has been awash with other portfolio deals over the past year – the record-breaking £473m Blackstone Prologis deal, the £335m Blackstone EPIC UK deal and the £250m Blackstone InfraRed deal to name but a few – and BGO did size up these opportunities.

“We looked at those,” Phelps says. “Everyone, ultimately, makes their own decisions. But we felt asset quality and location quality were the best in the portfolio we bought. We looked at those other portfolios and someone else thought they were worth more than we did. I have no problem with that at all and I’m sure they’ll do fine.

“We just felt, in what was a very limited marketing process, the portfolio we acquired was the right opportunity. There are multiple approaches that can be successful. So, there’s no ‘we’re right, they’re wrong’ situation here.”

We just felt, in what was a very limited marketing process, the portfolio we acquired was the right opportunity

Having both partnered with developers and bought a portfolio, Phelps says BGO does not have a preferred UK sheds strategy. What it does is dictated by the funds it uses to invest in the assets.

For its lower-risk fund, acquiring the Thor and Morgan Stanley portfolio offers the company long-term income from tenants such as DHL, British Gas, Clipper Logistics and Sainsbury’s – and, if the MP411 letting completes, Amazon. Its plan for that portfolio is to hold the asset and improve the rental income. For its higher-risk fund, partnering with the likes of Equation has given it the scope to try and create value by developing schemes such as the one in Bristol.

Looking ahead, the question is whether BGO will sell or continue to buy. Phelps is tight-lipped on its future plans, but says the decision about whether to sell or whether to buy is something the investor is always reviewing.

He stresses that the market still has plenty of growth potential. Asked if he thinks there is a bubble forming in the market, he replies ‘no’ but adds with a note of caution: “That doesn’t mean there won’t be one in the future.”

As for yields in the sector, he says: “When we’re investing, we never assume yields will be lower than they are at the moment.

So, I don’t predict yields when it comes to making investments.

“However, on a separate question, do I think yields could be or should be at the same level of office yields? Yes. Because the fundamentals for logistics are stronger than they are for offices today.”

For the immediate future, Phelps says his focus is on getting BGO’s UK assets let and looking for new opportunities in the UK and Europe.

It’s a simple approach, but it has worked for the investor so far. What has changed over the past few years is not the strategy, but the location. In 2014 and 2015, Phelps says there was a lot of focus on Spanish, Italian and French warehouses. Today, there is a lot more noise around British, Dutch and Swedish warehouses.

So when it comes to what BGO might do next, the operative word is not ‘what’ but ‘where’.