Steel shortage is starting to driving up costs and delays

You do not have to be an expert in construction to know that building industrial and logistics units involves a lot of steel – tonnes of the stuff, in fact. At a time when the sector is enjoying near unprecedented growth, demand for new units has rarely been higher, and a steel supply shortage would be a massive headache for all involved. 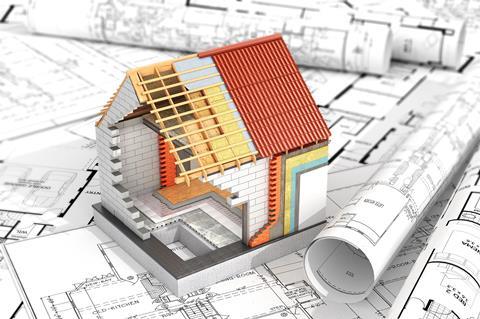 Unfortunately, that is the situation facing the UK right now. For a range of reasons, supply has been severely curtailed and the result is that prices have shot up by as much as 40%, according to some sources. So, what is causing the fall in supply? What issues is it causing for developers? And how can the problem be resolved?

According to Will Cooper, a director in the building and project consultancy team at Savills, the supply issue first became apparent in August and has continued unabated since then. What is more, prices have become increasingly unpredictable. “Steel prices just seem to be going up and up,” he says.

“Historically, British Steel used to announce that a steel price would increase in, say, four weeks’ or six weeks’ time. What we’ve had, certainly in the past six months, has been steel prices going up by £100/tonne with no prior warning. You used to get a bit of advanced warning, so if you were about to order some steel, you did it quickly before the price rise, whereas now the price has gone up before you can order.”

Anthony Hynes, director, head of project management at Chancerygate, adds that the delivery of materials is also often delayed. “Across the industry we are seeing construction materials shortages, particularly for cladding materials and cold rolled steel [a core component of most cladding],” he says. “Materials are taking longer to arrive, which could cause contractors and developers to push back start on site dates by several months.”

The reasons for the lack of supply and consequent price hikes are many and varied but a key factor is the fallout from the Covid-19 pandemic. “Everything is really stemming from the pandemic and issues we’ve seen around trade flows and the shutting down of manufacturing facilities,” says Andrea Ferranti, associate director for industrial client engagement at Colliers.

“It’s also about ports being busy with Covid-19 outbreaks and containers ending up in the wrong part of the world.”

To compound matters, the Suez Canal shut down at the end of March when a ship got wedged and blocked the key supply route in both directions for some days.

“There has been a huge upswing in demand and a lot of activity and that’s put pressure on supply chains generally,” adds Christian Jamison, managing partner at logistics developer Valor Real Estate Partners.

The lack of availability of steel also has knock on implications for other construction products, most notably cladding, which is used extensively in the industrial and logistics sector.

“The quantum of cladding that is being required is an issue,” says Cooper. “There are rumours of issues in factories in Europe. Apparently, one big factory has had a lot of refurbishment work being done and they’ve had a plant closure. Another one in Eastern Europe had a fire. It’s a bit of a perfect storm. It’s a culmination of a lot of things. A big element of the cladding is steel.”

Finally, of course, there is Brexit. According to Ferranti, the UK’s departure from the EU has had a tangible impact on the ease of importing materials into the UK.

“And Brexit does mean Brexit. They’re not going to make it easy for the UK to maintain one of these pillars, which is the movement of goods. So, they’ve been as strict as they can. Of course, the UK has a big negotiation tool, which is our fantastic financial sector, but they’re still trying to make it worthwhile not giving any freedom to the UK.”

The situation has led many contractors to change the way they tender for work, sometimes dramatically. It used to be typical for a contractor to tender for a project and commit to fixed costs and programme, provided the offer was accepted within 90 days. That is no longer the case.

“We’ve seen that period on a number of tenders reduced to 40 days, which is unprecedented,” says Cooper. “With some of the prices we’ve had back, the price is fixed for a week, and even in that week prices went up. Particularly in the logistics sector, the demand is higher than it’s been possibly ever, but certainly for a long time. And developers are in a position where they’ve got to deliver this stock.”

The question is how developers deal with the situation. According to Len Rosso, head of industrial and logistics at Colliers, developers that build both directly for clients and on a speculative basis, have been forced to prioritise.

“What they’ve done in some situations is they’ve moved some of the materials over from their spec unit to the occupier unit because obviously they’re under stringent contracts with the occupier to actually get the building built. The ones who don’t have that sort of option have literally just gone to the occupier and said that they don’t have these materials and the delay is going to be two or three months.”

Where liability lies in such circumstances is a source of heated debate. Some believe that if the lack of supply can be pinned on the pandemic, developers should be able to claim that the situation is beyond their control.

Most contracts include force majeure clauses whereby truly unforeseen circumstances, generally natural disasters, mean that the timing of fulfilling a contract is nullified for as long as the situation continues. However, it is far from certain whether such arguments will win out.

Another possible tactic is to amend designs to minimise the amount of steel involved in a project and specify other products. In the UK, industrial and logistics units are almost always constructed using steel frames, but that is not necessarily the case elsewhere. In many parts of continental Europe, for instance, timber frames are often deployed.

“By taking a flexible approach to specification we have been able to mitigate some of these price rises and have also ensured we have enough material to cover our existing project pipeline,” says Hynes.

That “may prove” is significant. Glenny head of building consultancy, Tom O’Brien, agrees that such solutions could work, but adds that he has not seen it happen yet.

“To date, we have not seen a move to the alternatives to hot rolled steel frames, such as pre-cast concrete or other framing options, partly because occupiers’ expectations tend towards tried and tested design solutions,” he says.

Cooper agrees that other design options are possible, but that they can be difficult to sell to both investors and occupiers.

“Occupiers and investors are creatures of habit,” he says. “They like to do a deal quite similar to the one they did last time because they understand it. Coming to an occupier with a building that’s different, even if it’s better, is difficult.”

He adds that different materials and design options also come with different challenges. “There are challenges with concrete frames – you necessarily end up with more columns, for instance, and it’s not as easy to have the height that occupiers demand, although you can deal with all these things,” he says.

“Fire is also very high on everyone’s agenda in every sector now, for various reasons, and a timber frame raises alarm bells. The fire treatment can be dealt with but it’s a concern.”

O’Brien points out that there is no guarantee that other materials will not suffer similar shortages of supply in what is a highly unpredictable environment. Concrete, for instance, is not particularly easy to get hold of due to the rise in households undertaking home improvements during the lockdowns.

“There are concerns that should a potentially more innovative approach be adopted there are no guarantees that there won’t still be delays or cost implications in doing so,” he says.

Back to the drawing board?

Timing is also an issue. A radical redesign inevitably involves going back through the planning system, which could potentially take months if not years.

As a result, Cooper recommends everyone examine projects on a case-by-case basis.

“It’s about exploring all the options and considering what ‘s available,” he says. “The suitability of those options vary depending on the project and timescale. If you’ve got planning consent for building and detailed design consent and you’ve got an occupier, it’s probably as quick to wait for the materials to be available as it would be to redesign with a new sheet of paper.

“If you’re starting with a completely new scheme and you haven’t got planning then you’ve got more options.”

Ultimately, the situation will only resolve itself when supply and demand rebalance. The problem is that it is difficult to predict when – and if – that will happen.

“A key risk is the uncertainty concerning the length of time for which material shortages could remain,” says Hynes.

Given that the problem has multiple causes, it is difficult to know how and when it will be resolved. Until it is, developers and their advisers either face the unpalatable choice of delaying projects, accepting the higher costs or ripping up designs and starting again.